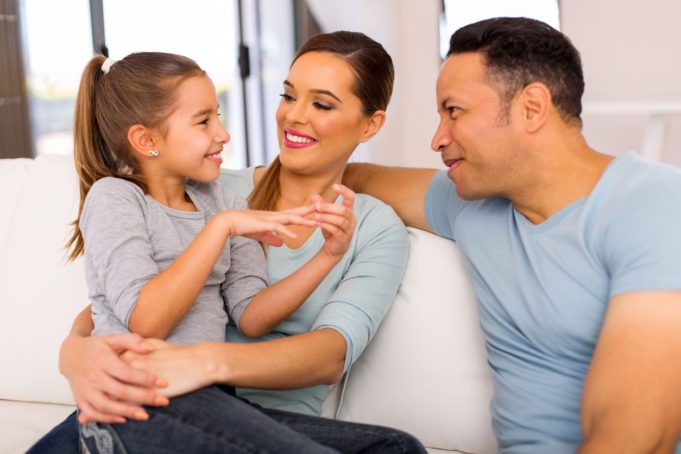 It has been a heartbreaking last couple days, watching Virginia Democrats announcing their support for infanticide. Pro-life activists have been predicting this development for years and we’re finally here.

That is not, however, what we should be talking about, because abortion doesn’t exist simply because Democrats want to kill children.

In their hearts, that isn’t what they are after at all. Therefore, no discussion about abortion policy can sustain a rational bipartisan environment so long as neither side of the issue feels understood by the other.

I don’t believe that Democrats want to kill children, but I do believe that we are all living in a world where having a child disadvantages mothers and that women do not want to be disadvantaged. It is easy to say that women have always been disadvantaged by the prospect of childbirth; that women take on all the health risks and then become emotionally and physically responsible for raising the child, that this is just the nature of nature and they should just accept this reality.

It is presently a reality that women cannot be both mothers and employees on equal footing with their male counterparts. Birth control is readily accessible, but birth control isn’t full-proof. People make mistakes and women who are not looking to have a child become pregnant. Abortion policy is predicated around what happens next.

Society seems tolerant of women who discover their pregnancy early on terminating their pregnancy and taking the life of the child. The more human the fetus appears physically, the less tolerant of abortion society becomes. This is because deep down, we all know that we’re killing children here and no one wants to hurt babies.

Philosophically, I believe that I can state categorically that all abortions are murder and are unethical. However, how many actions are American citizens allowed to commit that are unethical? Is drunkenness ethical? Is overeating? Is cheating on your spouse? Is premarital sex? Is pornography? Prostitution? Lying? Deflating footballs?

The issue we face when it comes to questions of legality isn’t merely whether or not an action is unethical or immoral. There are plenty of immoral and unethical choices that are perfectly legal in American society. Our laws are a statement about who we are as a society of rational human beings and most of our laws are aimed at protecting citizens against force, theft, and fraud. Abortion clearly is an act of force against a person who is innocent of any crime and who cannot organize politically in defense of their constitutional rights.

Therefore, I believe that as a society, abortion does not reflect our values. In fact, it is the contradictory elephant in the room of American values and ethics. It is the great exception to everything we believe in and stand for as human beings.

However, in opposing abortion, we run into all kinds of civil, ethical, and political problems. Women, by nature, grow our fellow human beings within their own bodies; and any law aimed at the people inside them, also affect their own individuality. We are, in fact, using force against their person in order to protect the rights of a dependent person. This is the germ of our cognitive dissonance. Who do we side with? The mothers who can vote or the babies who can’t? It isn’t surprising that our legal and political systems side with the mothers.

Philosophically, I accept the universal authority of both the laws of nature and the nature of Man. I believe that when we interfere with either, we do so at our peril. Ignoring reality or pretending that something true isn’t true never works out well for us as a specie or as a society.

Women have our babies. Men don’t.

This may not be fair, but it is the way things are. It is not the fault of a single child that pregnancy has stressful and deleterious consequences on the female that carries them and this reality does not justify society’s tolerance of murder.

However, those of us who believe in the sanctity and liberty of every human life cannot continue to ignore the toll unwanted childbirth has on society. We face real problems with regard to healthcare, poverty, and the cost of raising, protecting, and educating the children who are already born. It is unconscionable, to me, that while we prioritize the life of the baby inside a woman’s womb that we could then turn a blind eye to their circumstances the second after they are born.

Why aren’t children the single most important priority in our society? Why aren’t orphanages palaces? Why aren’t our schools? Why do corporations get tax breaks, but children shiver in classrooms? If the pro-life community really cares about these children, our compassion cannot end with the birth of a child and we all need to put our money where our principles reside.

Why don’t our corporations venerate those employees who bring life into this world and work tirelessly to promote the health of the American family? Is it because we’re shortsighted? Profit today is worth more than an even more profitable society twenty years down the road?

We all have some reflecting to do on this issue and we all need to be capable of discussing the issue fairly and thoughtfully with one another. I understand why this is hard. I get emotional about it too. I’ve said things I regret when my anger at the reality of abortion gets the better of me. But my anger has never won a convert. Not as single nasty comment of mine has ever changed someone’s mind.

What’s more – we might have to be the ones to invest first. Because society doesn’t want more poverty, more kids on the streets, more kids in jail, more kids without quality healthcare, and more mothers forced to take a secondary role in our economy.