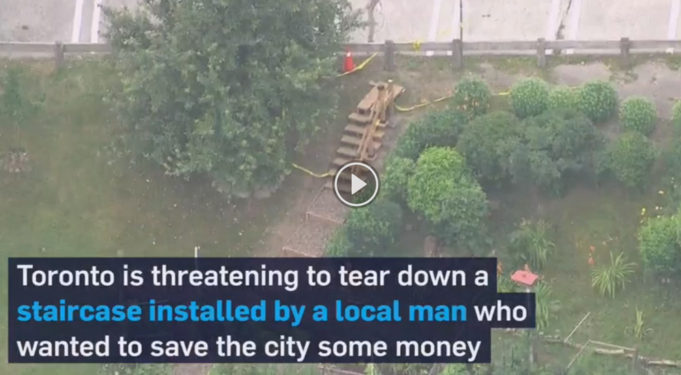 The new stairs “will be designed to pass code and will be up to municipal standards and last probably 20 to 30 years,” Di Ciano said.

They are expected to cost $10,000 — a fraction of the original estimate.

“We need to begin delivering value to residents and we’re not doing that,” Di Ciano said. “This is a major eye-opener for city staff and for councillors.”

Of course, the local government tore down the improvised stairs with a fanfare of praise and a bevy of criticism from the local press.

That heavy-handed response was met with just about every ounce of derision the North American continent could muster — serving as a bit of a warning for defenders of localism here in the United States: beware the concert between local government and local news.  No such tears were shed by the local press as elderly taxpayers shuffled down the slope without a staircase…