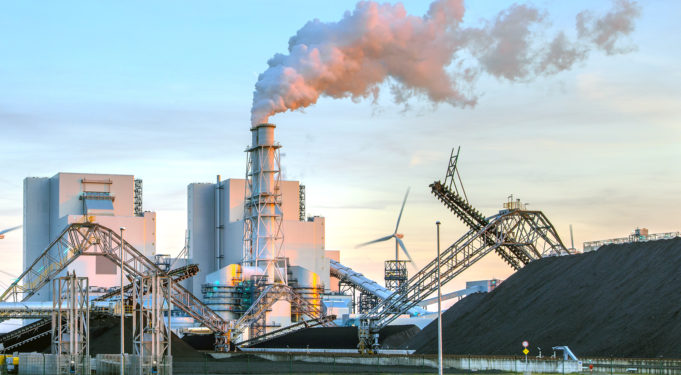 The donation was made on December 20th, according to finance records published by VPAP. This contribution makes United Coal the sixth-largest donor to the caucus this year, and its leading source of corporate cash.

The transaction is sure to raise eyebrows among the Democratic Party’s progressive base, which has lately made refusing donations from energy companies a major intra-party issue.

Veteran Virginia political analyst Bob Holsworth recently told the Virginia Mercury that refusing similar donations from Dominion Energy had become “THE litmus test” (emphasis his) among the party’s progressive base.

The issue came to the forefront earlier this month when Attorney General Mark Herring, already campaigning for governor in 2021, announced his refusal to accept similar donations, a move which Republican strategists said seemed calculated to win the support of environmental issue groups and a leading source of their funding, activist fund manager Michael Bills.

United Coal’s donation was made to the House Democratic Caucus, an association of Democratic members of the House of Delegates which channels money to competitive House races.

The group also made large cash contributions to unsuccessful campaigns, including Shelly Simonds of Newport News (received $151,000) and Donte Tanner of Fairfax (received $109,550), among others.

A number of these contributions were described as “Pass Thru,” suggesting candidates were using the caucus’s account to route contributions they did not wish to receive directly.

The financial routing raises questions of hypocrisy, as a number of Democrats have pledged to refuse all funding from corporations or energy companies, specifically. The refusal comes as progressives are campaigning in support of a “Green New Deal,” as well as the elimination of fossil fuels and the companies which produce them.

While the green progressives have been been fast to swear off corporate and energy contributions directly, they have been less forthcoming in acknowledging their use of the Democratic caucus’s account to pass through contributions from these sources in support of their campaigns.

None have said they would refuse pass through money from the caucus.

Among those who have not refused these contributions is Eileen Filler-Corn (D-Fairfax), the caucus’s incoming leader, who takes the reins from David Toscano (D-Charlottesville) on January 1st. As minority leader, Filler-Corn will play a leading role in distributing funds from the caucus to Democratic candidates and spending on their behalf.