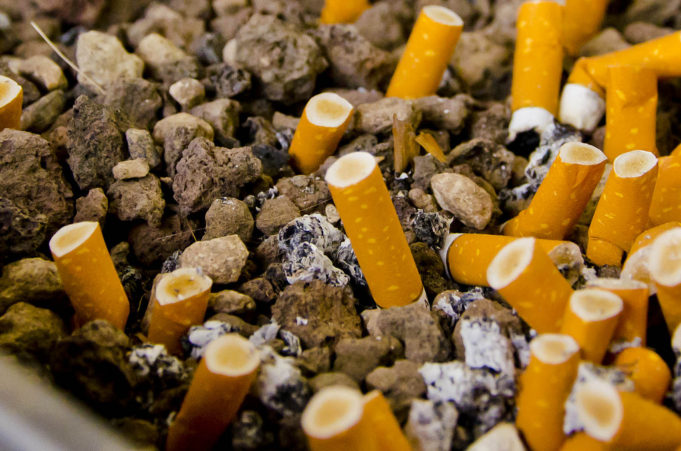 The Virginia House of Delegates passed a bill during the Tuesday morning session to address the epidemic of vaping among teenage Virginians, which also seeks to end teen access to tobacco products. The bipartisan legislation raises the minimum age required to purchase tobacco and nicotine products in the Commonwealth to 21.

“The Surgeon General has characterized teenage vaping as an ‘epidemic,’ with one-out-of-five high school seniors using these products,” said Speaker of the House Kirk Cox (R-Colonial Heights) in a press release. “By raising the minimum age for purchase to 21, this will have a positive effect on our schools by lessening the chances of teenagers obtaining vaping products from friends and classmates who are already 18.”

By raising the minimum age to purchase tobacco and alternative nicotine products, the bill provides that the first violation by an individual or a retail establishment would be punishable by a civil penalty of up to $100, rising to a maximum of $200 for a second violation, and up to $500 for a third violation.

“Raising the legal age for tobacco purchases to 21 is a common sense way to address this escalating public health concern,” said Delegate Stolle. “The rapid growth of the number of teenagers vaping, at a time when the use of traditional tobacco is at an all-time low, should set off alarms for every parent.”

“This legislation will help to reverse that trend and I thank my colleagues for their support,” he added.

Both Republican-led bills to increase the age of eligibility for tobacco products have attracted support from Delegate Jeffrey Bourne (D-Richmond), who is the chief co-patron of the House bill, and Senate Minority Leader Richard Saslaw (D-Fairfax), who is co-sponsoring the bill in the upper chamber along with Senator Bryce Reeves (R-Spotsylvania).

As both chambers of the state legislature consider each other’s bills in crossover, if the legislation becomes law following the end of this year’s 46-day session, Virginia would join the likes of California, New Jersey, Massachusetts, Oregon, Hawaii, Maine and at least 430 other localities in the effort to sway younger Americans away from a legal, yet harmful habit.