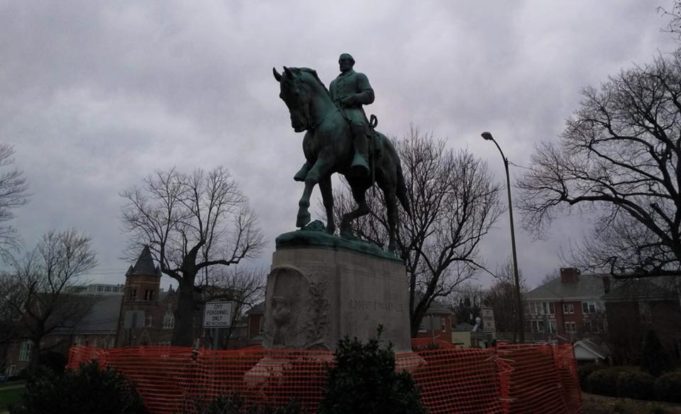 The day of the ruling, the tarps came down yet again, much to the horror and screaming of the progressive hive in Charlottesville.

In the end, for all the violence and yelling and harm done by the controversy?  None of it mattered.

In a tersely worded ruling, Charlottesville Circuit Court Judge Richard Moore followed up on his earlier ruling, ordering the tarps come down within 15 days, citing that the local city council’s decision to cover the war monuments did indeed violate state law, according to the Associated Press via the Virginian-Pilot.

This morning?  The City of Charlottesville had the tarps removed from both the Lee and Jackson memorials in Lee Park. 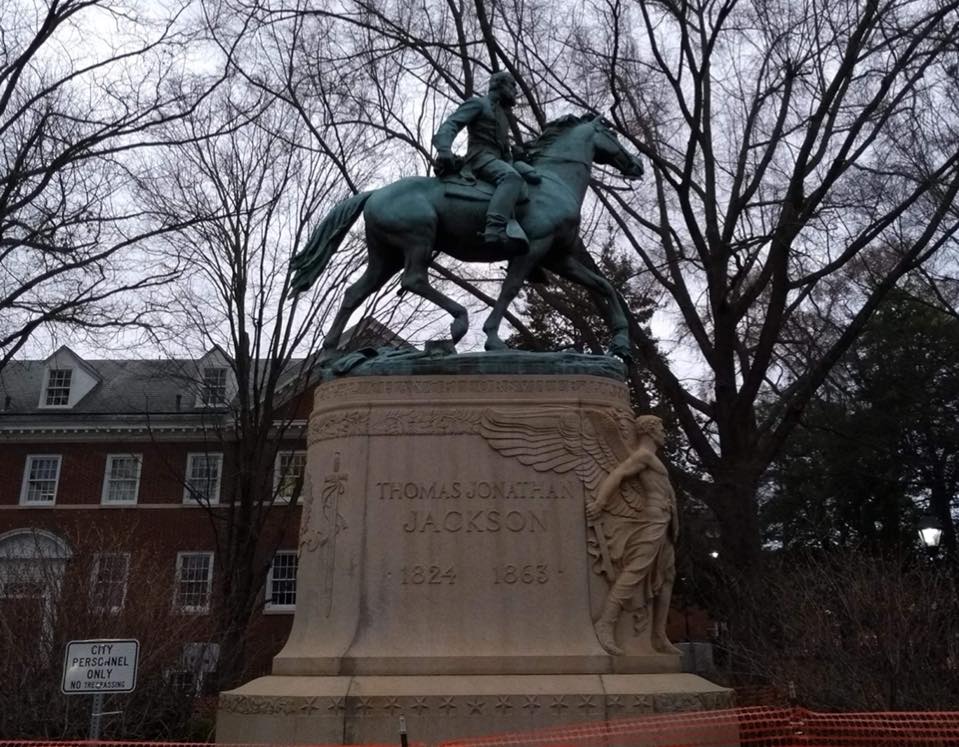 The history of the park goes back to the “city beautiful” movement of the 1920s, as Americans coming back from the First World War noticed that American towns and urban settings lacked the charm and beauty of their European counterparts.

For Charlottesville, a local entrepreneur Paul McIntrye donated the land in perpetuity with the caveat that it never be altered — a condition that prevented Charlottesville from building even a parking deck below the park in the 1950s.

Thus ends the long tragedy that began with the effort to remove these statutes in the first place.  While critics may maintain that the statues became a magnet for the fringe of the left and the right, this claim is spurious indeed.  For the better part of a century, both statues and Lee Park itself remained a tranquil if ignored part of Charlottesville’s history.

Instead, the obscure fringes of society chose to use Charlottesville’s Lee Park as their own personal Thunderdome… and like any circus, the clowns came out.

Each side had their foils, of course.  Charlottesville Vice Mayor Wes Bellamy kicked off the ball with the demand that the statues be removed.  Local malcontent Jason Kessler invited far-right candidates to join him in their defense.  Thus the opening salvos of a fight between Antifa and the alt-right began, and with cameras rolling, both sides used the other as a platform to maintstream stupid.

How much of this can or should be attributed to the mass media following a circus is up for grabs.  What is undoubtedly true in this instance is that oblivion — simply not giving the fringes the oxygen they need to survive — would have been the far superior course.  Yet in a clickbait driven era?  Is that even possible?

In the list of winners and losers, certainly the City of Charlottesville has lost the most.  With businesses struggling along the Downtown Mall and its reputation in tatters, Charlottesville has a lot of explaining to do to the outside world about why anyone should bring their family for a night on the town only to be assaulted by either tiki-torch waving Proud Boys or a bevy of overweight and frothing progressives willing to kill for peace.

As for the winners?  The Virginia Flaggers — who not only have managed to deftly (and decisively) disavow and disassociate with the alt-right entirely, but succeeded in preserving sanity over the calls for the demolition of history.  Southern heritage has returned to the mainstream as the object of historians and re-enactors; the honorable heritage of our grandfathers rather than the tools of racial bigotry.  In short, Southerners took back their symbols and refused to have them identified by the violent and extreme fringes — and that can only be a good thing.

For the moment, sanity has arrived.  Whether it lasts rests entirely on whether the extremes can be tamped down by the center.