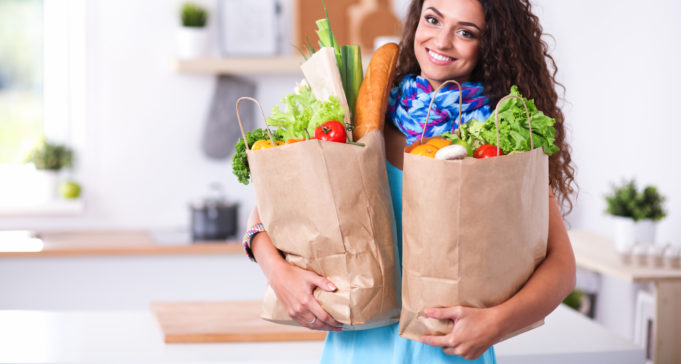 Virginia retailers would be required to tax shoppers when providing them with paper and plastic bags, under a bill proposed by Democratic lawmakers which takes aim at the familiar checkout line convenience.

The measure, introduced as SB1070 by Senator Adam Ebbin (D-Alexandria), would authorize imposing a tax of five cents on most paper and plastic bags provided to consumers by grocery stores, convenience stores, and drug stores.

Ebbin has filed similar measures without success since 2009, but was joined last year by freshman Delegate Debra Rodman (D-Henrico), who authored a similar piece of legislation providing for the same tax hike on paper and plastic bags.

While previous efforts have fallen flat, the Democratic caucus’s leftward shift on issues ranging from government-run health care to repealing Virginia’s Right to Work law could breathe new life into an initiative favored by political activists but seen as government overreach by suburban moderates and low-income families.

Critics of bag taxes and bag bans note that these proposals reduce consumer choice and raise costs for shoppers, even those who normally choose reusable bags which are occasionally forgotten at home. The bill would also come at the expense of Virginians who reuse their plastic bags in applications ranging from lining wastebaskets to cleaning up after pets.

Others are concerned that reusable shopping bags present a food poisoning risk by spreading cross contamination from meat, eggs, or unwashed vegetables to other groceries in the same bag.

The concern prompted a 2017 warning from the UK’s Food Standards Agency, according to the BBC. A study from 2012 also raised concerns over a rise in E. coli infections, though environmentalists dismissed the concern, comparing reusable bags to “dirty clothing” in need of regular washing.

The legislation filed by Rodman and Ebbin acknowledges the food poisoning concern, but fails to provide a workable exemption. Retailers insist that separately accounting for bags used to hold meat from those with other foods would slow down shoppers in checkout lines by requiring a second count of taxable bags.

Proponents claim that the tax hike will help the environment by reducing consumption of single-use bags, however this assertion seems to contradict a 2011 study by the UK’s Environment Agency which found reusable bags to be much less sustainable than claimed. The government study found that fabric bags must be reused hundreds of times just to break even on the ecological footprint associated with production — not to mention the costs of electricity, water, and detergent in washing an item compared to “dirty clothing.”

If enacted, Virginia would join California and Hawaii as the only states with taxes or bans on shopping bags provided during checkout.