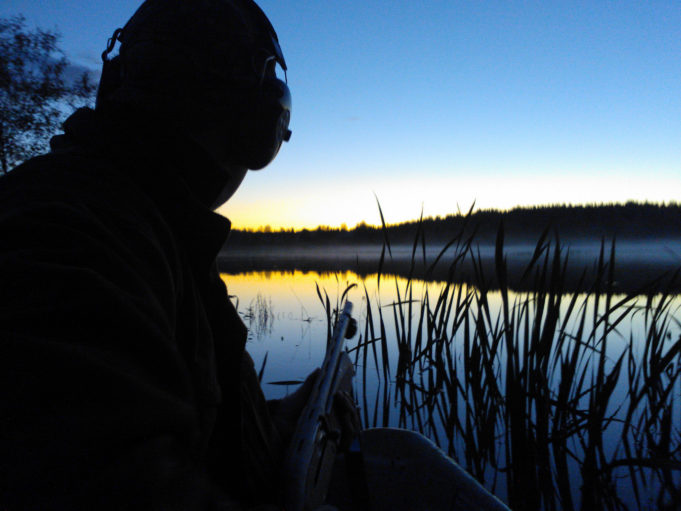 Virginia Democrats are now putting the pressure on Fairfax and Prince William to act more vociferously on gun control with a measure would largely affect area hunters. Due to the frustration with current state legislation, a group of Northern Virginia lawmakers is now pushing the counties to utilize an existing law that permits local governments to ban people from driving with a loaded shotgun or rifle.

Following the nationwide March for Lives in the effort to capture the emotional momentum, 10 Democratic state legislators sent a letter to Prince William County’s Board of Supervisors on Wednesday that urged them to adopt an ordinance regulating the transport of loaded weapons. According to a report from the Washington Post, Senator Scott Surovell (D-Fairfax) is leading the effort.

The group cites a 2004 hunting law that allows local governments to regulate how weapons can be transported. Although Prince William currently prohibits loaded shotguns or rifles on watercraft, they have not used it to regulate road vehicles. In Northern Virginia, only the City of Alexandria and Loudoun and Fauquier counties have used that legal authority.

Fairfax, the Commonwealth’s largest jurisdiction, mulled over the possibility of regulating loaded shotguns and rifles on the road in 2015, though the county did not move forward with the measure.

“This is a public safety issue,” Surovell said. In Northern ­Virginia, where incidents of road rage have occurred from the heavily-congested traffic, “the last thing you need in those situations is a loaded shotgun or a loaded ­AR-15,” he said.

The Chairwoman of Fairfax’s Democratic-controlled Board of Supervisors Sharon Bulova (D-at large) replied:

“I don’t recall this but I will bring it back to the Board. I’d also like to be able to prohibit guns inside the Gov’t Center so people can vote without seeing an AR-15. State law doesn’t let us do that. Same with Rec Centers. Maybe you could help. #TimeForAction”

If local officials do take up the ordinance, it will not likely see a great resistance from Northern Virginia hunters. Furthermore, the fine for one driving on a roadway in one of the localities with a loaded shotgun or rifle on board will not be more than $100.

Charles Rogers, president of the National Sportsman Association hunting club in Chantilly, says responsible hunters do not keep loaded weapons in their vehicles while driving as a common safety measure. Due to this, the ordinance is unlikely to effect much.

Gun control advocates claim the ordinance will have large support after the March for Lives, but the only a few local officials came out for the rallies. Nevertheless, since only two of the 80 gun-related bills in this year’s General Assembly session passed through the Republican-controlled legislature, many see a tough road ahead.

The successful bills from the General Assembly allows for a “Stop Gun Violence” license plate to be offered by the DMV and the other prevents teenagers who have received involuntary mental-health treatment from later being able to purchase a firearm. Measures that sought to expand background checks and banning bump stocks failed to make it out of committees this session.

The wish to regulate gun owners in this hunter-inspired ordinance is indicative that Northern Virginia lawmakers, while they believe something should be done in Virginia about gun control, they do not understand how the problem should be solved. Insofar as the regulation overwhelmingly singles out those who already responsibly transport firearms on Virginia’s roads, the measure is tantamount to a nothing-burger.