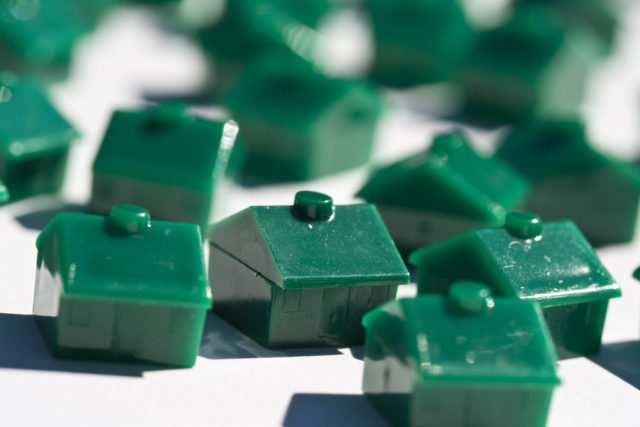 Economists reporting in the Jefferson Policy Journal claim Virginia and the Richmond metro area will greatly benefit from national economic growth over the next year. Analysts say they expect Virginia employment rates to increase 1.5 percent in 2018, up a few fractions of one point since 2016 and 2017.

Economic growth in the state capital is expected to grow quicker that at the state and national level. Employment is expected to grow 1.6 percent in 2017 with the healthcare sector adding almost 3,000 jobs. Another sector, administrative and support and waste management and remediation services, will also be adding 2,000 Richmond-based jobs in the coming year. Growth in this sector is driven in most part by companies that provide temporary help services and professional employer organizations. In 2018, economists expect the Richmond metro area to have a strong jobs report with employment increasing by 1.7 percent.

In 2008, Americans witnessed a massive economic meltdown after Lehman Brothers, Wachovia, ING, and other business giants fell from high. After the Dow Jones dropped 778 points in one day and closed even lower after trading for the next five sessions, many started calling it the “Great Recession.” Unemployment in the U.S. during this time peaked in October 2009 at 10 percent and between 2008 and 2010, around 8.8 million jobs were lost, according to the Bureau of Labor Statistics (BLS). Economists claim the recovery and expansion began in early 2010 and is already more than eight years strong, just 18 months short of the 120-month record expansion that happened between March 1991 and March 2001, as reported by the Jefferson Policy Journal.

Although there are some financial analysts that are weary of a bear market and a new recession on the horizon, many believe economic expansion will continue to move forward into the record books. The probability that expansion will increase has been highlighted by the signing of the Tax Cuts and Jobs Act by President Donald Trump.

Consumer confidence is currently the highest it has been this century. The Index now stands at 122.1, down from 128.6 in November. Lynn Franco, Director of Economic Indicators at The Conference Board, stated, “After reaching a 17-year high in November, expectations remain at historically strong levels, suggesting economic growth will continue well into 2018.” Though, real gross domestic product (GDP), is seen as the broadest indicator of economic activity.

GDP increased at an annual rate of 3.2 percent in the third quarter of 2017, according to the third estimate released by the Bureau of Economic Analysis (BEA). In the second quarter, BEA reported real GDP increased 3.1 percent. Real GDP should continue to rise in the first quarter of 2018 to 3.3 or 3.4 percent.

Most economists have predicted increased growth over the next two years, due in large part, to the Trump tax plan. Though, the expectations vary based on assumptions about how businesses and consumers will react to the tax cuts.

The Tax Cut And Jobs Act reduces the corporate tax rate from 35 percent to 21 percent. This enables businesses to invest more in computers, equipment, and employees which will enhance productivity. This has already led to an increase in employment for the manufacturing sector. Last week, Toyota and Mazda announced they will invest $1.6 billion in the U.S. economy by building a new manufacturing plant in Huntsville, Alabama. The auto plant, set to produce around 300,000 cars per year, will employ 4,000 people.

Moreover, the huge slash in the corporate tax rate will also eventually lead to wage gains for workers who are now more productive. This is highlighted by over 130 companies since the signing of the bill announcing minimum wage hikes and employee bonuses. In December, Wells Fargo and AT&T announced wage hikes to $15 per hour and $1,000 holiday bonuses for employees. The increased wages, lower employment rate, and individual tax cuts will all lead to more consumer spending. With consumer spending making up about two-thirds of GDP, consumers are an important factor in American economic growth.

The bill nearly doubles the standard deduction. For single filers, the bill increases the threshold to $12,000 from $6,350 currently; for married couples filing jointly it increases to $24,000 from $12,700.

The Tax Cut and Jobs Act expands child tax credits. The credit would be doubled to $2,000 for children under 17. It also creates a temporary credit for non-child dependents. The bill will also allow parents to take a $500 credit for each non-child dependent whom they’re supporting, such as a child 17 or older, an ailing elderly parent or an adult child with a disability.

One of the most important stipulations of the tax plan is that it eliminates mandate to buy health insurance and the punitive tax for not purchasing a plan.

Trump’s tax plan frees up money businesses have that was formerly paid to the government. Now, however, companies can invest in their employees, hire new ones, put money into research and development, and expand. Fourth percent growth, which many liberals say is impossible, is coming very, very soon to a market near you.