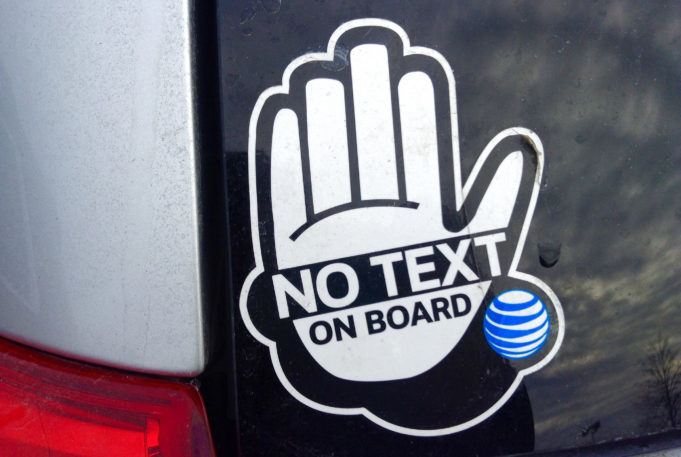 In Washington D.C., drivers can be pulled over by the police and ticketed for just holding their phone. Their “hands-free” law is among the most strict in the union in regards to deterring distracted driving, keeping other drivers, bicyclists, and pedestrians safe on the road.

Virginia is now on its way to rewriting its current texting while driving law, rather than just an expansion of the current law deterring distracted driving. Proposed legislation will now mean that any use of a phone that, “substantially diverts the driver’s attention from the operation of the motor vehicle is guilty of distracted driving.”

House Bill 181, introduced by Delegate Chris Collins, a former police officer, passed the with a 50-47 House vote and is scheduled for a Senate vote on Thursday. The legislation will provide that distracted driving will now become a primary motoring offense.

“The current law is very difficult to enforce,” Collins said earlier this week. “If you pull someone over and catch them on Facebook, that is not a crime…This tries to rectify that,” he added.

Law enforcement officers will not need an additional reason to pull a driver over for texting and driving and comes with a fine of not more than $500. Moreover, if a distracted driving offense occurs in a construction zone, a $250 penalty is mandated.

According to The Virginian-Pilot, since 2012, 1,380 drivers have been killed on the roads of Virginia as a result of alcohol-related crashes, but there have also been 949 distracted driving-related fatalities. Due to this, advocacy groups including AAA, Drive Smart Virginia, police groups, and cycling advocates have called for revisions to Virginia’s distracted driving laws.

In 2009, the Virginia legislature made distracted driving a secondary offense if the driver was texting or emailing while on the road. In 2013, the state upgraded it to a primary offense, but it still remained legal to dial a number on a phone or use a GPS device. However, since there is now widespread use of smartphones, distracted driving has become a common factor of daily life.

Janet Brooking, executive director of Drive Smart Virginia, said that while the proposed law is not as extreme as the neighboring states of Maryland, Delaware, West Virginia, and Washington D.C., it is the right bill for Virginia now.

“This bill is a more comprehensive fix,” Brooking said. “It doesn’t care what you’re doing on your phone – if it’s distracting you, you’re breaking the law.”

The new bill will give exemptions for police officers and emergency personnel who are using phones will driving. Also, drivers who are, “lawfully stopped or parked,” while using a phone will not be penalized.

The term “substantially diverts” within the legislation has been questioned by some lawmakers. They claim the term can be somewhat ambiguous as to having a law enforcement officer using personal judgement over a legal pretext to pull over a driver.

Nevertheless, Collins claims that is not the sole intention of the bill. He said, “the use of ‘substantial’ is found more than 500 times in the state code.”