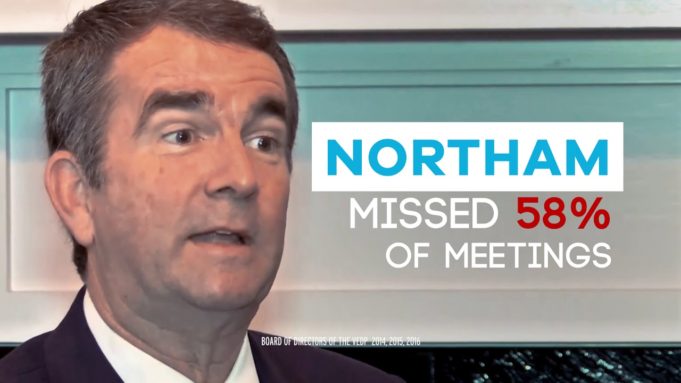 It was almost blog-like!

Within hours of the statewide coverage of a Hampton University poll showing Ed Gillespie beating a tired, falling, negative no-show Ralph Northam, the Washington Post suddenly and quickly found a writer to bash the poll and tell its readers not to believe it.

The writer they found is from New York, so he must be a renowned expert on Virginia elections.  No, Washington Post, it’s not the New York Hamptons.  Hampton University is in Hampton, Virginia.

The panicked headline: “Please read this before you freak out about that new poll in the Virginia governor’s race.”

The reason they could use that headline is that they never used it when a previous poll came out showing Northam ahead by double-digits.  Remember the Washington Post criticism of that?  Me neither.  Polls showing a Democrat leading never prompted the Washington Post to fire off a quick “analysis” on the poll or its methodology.

But a poll showing Ed Gillespie winning?  That required quick analysis telling everyone to disregard it.   Super quick.  Lightning quick!

Quick like a blog.  Except the Washington Post needed a New York writer to tell Virginia what it should think about a Virginia poll.

The best message they could come up with is that somehow there is this secret pocket of Northam supporters called “soft support” and that means that even if Gillespie is winning, there are a bunch of unsure people out there that are secretly going to vote for Northam, but they just don’t know it yet.

My thoughts – If you are still undecided two weeks before Election Day, guess where you are most likely going to be on Election Day?  Poll respondents can say all day long that they are a “likely voter” but it doesn’t make it so, any more than the old Nielson ratings journals showing hours of public television viewing reflected reality.

“Soft supporters” don’t go out of their way to get to the polls like “strong supporters” do.  If this poll shows anything, it shows that Northam is putting the electorate to sleep, and Gillespie, with an economic message focused on the #1 issue by far – JOBS, is motivating voters to vote.

It looks like the campaign of no-show Northam is generating a lot of no-show voters.