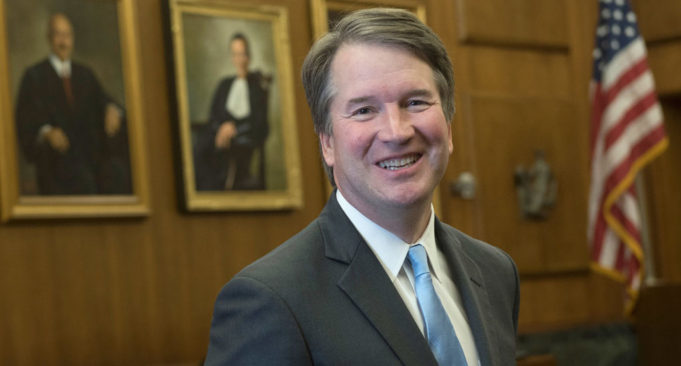 So, again, what should the GOP do with Kavanaugh?

Following last week’s unveiling of Dr. Christine Blasey Ford as the former high school classmate who wrote the then-confidential letter charging that Judge Kavanaugh sexually assaulted her, Republicans have given many chances for Ford to appear in front of the Senate Judiciary Committee to corroborate her story in official testimony. Chairman of the committee Chuck Grassley (R-IA) even offered to travel to California to meet with Ford if that made her more comfortable.

Furthermore, there have been repeated attempts on part of Republicans to make sure that Ford has the chance to tell her side of the story to the committee so they can understand the allegations at hand. The GOP has also hired a female attorney to question Ford to make sure she does not fear testifying. The display has shown that contrary to the belief of progressives, Republicans, in fact, don’t hate women. In end, all that anyone in the GOP wants is a smooth confirmation process to have full bench on the Supreme Court.

No! No, say the Democrats!

Debra Katz, the attorney representing Ford demands an FBI investigation. However, the FBI has no jurisdiction over the alleged case. Even Maryland the law enforcement from whence the situation was said to have occurred has stated they have no jurisdiction in case and will not investigate, considering it happened 36 years ago. Regardless, Katz demands that Ford’s story be believed irrespective of the facts.

Ford’s attorney also demanded that Judge Kavanaugh must testify first, before Ford. As well, she has refused to let anyone with an “R” by their name question Ford in any capacity to unearth the truth being the allegations.

After this occurred, Judge Kavanaugh and his wife Ashley spoke out in their first television interview (a first for a Supreme Court nominee) since the accusations that have derailed the confirmation hearings.

Judge Kavanaugh has repeatedly denied any wrongdoing, with many whom have known the judge over the years coming to his defense, even 65 women penning a letter to the Senate Judiciary Committee to say that the Supreme Court nominee is an upstanding person and has always been.

No! No, say the Democrats! That’s not good enough!

This week, a second Kavanaugh accuser has come forward. Deborah Ramirez, the accuser, said in a The New Yorker article published this week that Kavanaugh, while a student at Yale, exposed himself to her during a “drinking party” while they were students in college. According to the story, she was originally reluctant to characterize the judge’s role in the incident, but said that after six days of assessing memories that she was confident that he was the one who pulled down his pants.

Though, even the New York Times (NYT), who are adamant about supporting stories from #Metoo accusers, have failed to corroborate the second accuser’s story. Even Ronan Farrow, the one who ousted Harvey Weinstein, fails to back up his reporting of the incident with any witnesses, family members, or friends of the victim.

In supporting this narrative, it is a about quantity, not quality.

In yet another turn down the rabbit hole, Michael Avenatt, a lawyer who says he is representing a woman with credible claims of sexual assault against Kavanaugh, has stated that a third, yes, a third woman will come forward.

So, again, what should the GOP do with Kavanaugh?

Grassley has a job to do here. If he gives Democrats enough time, they’ll come forward with “information” that Judge Kavanaugh was in cahoots with the wife of Russian President Vladimir Putin. With what’s been going on, that may not be far from the truth in the political freak show that has been occurring over the summer.

Although Ford is set to appear in the Senate to testify on Thursday, there is much doubt among many that she will actually show up. Of course, she was never supposed to.

The Senate was never going to hear from her. She has never planned on showing up. She is not telling a story that can ever be verified.

So, for the final time, what should the GOP do with Kavanaugh?

Vote Friday to confirm. This circus has gone on long enough.

Senator Lisa Murkowski (R-AK) said this week,“We are now in a place where it’s not about whether or not Judge Kavanaugh is qualified,” according to NYT. “It is about whether or not a woman who has been a victim at some point in her life is to be believed,” the Republican senator added.

While it is extraordinarily unfortunate and terrible that a woman was sexually assaulted, if it is found to be true, which we will probably never know, what Murkowski said is exactly what should not happen during a confirmation hearing. For those who still think the FBI should conduct an investigation, they already did. They vet a nominee for “national security reasons” with a background check. Although the alleged incident was never reported, Senator Dianne Feinstein (D-CA) sat on the letter from Ford for three months, waiting to use it for her own (Democrats) purpose. Therefore, if the story ends up being true, shouldn’t Feinstein be accosted for withholding evidence of a sexual assault?

Nevertheless, unfortunately, in this day in age, an allegation doesn’t have to be true – that’s all it has to be, an allegation. The only thing it must do is fit the narrative, which Democrats exceedingly control.

Even if Murkowski, or the other presumed swing voter Senator Susan Collins (R-ME), decides to vote against or abstain in the Kavanaugh vote, resulting in what the GOP would hope for in a 50-vote swath to confirm the nominee, Vice President Mike Pence could break the tie, giving the go-ahead to send Judge Kavanaugh to the Supreme Court.

If Republicans cave on Kavanaugh, lacking the moral fortitude to fight back, forget about losing the midterms – that’s a certainty. The repercussions of this are so much worse than losing election. This is mass character assassination. This is political genocide. This is thoughtcrime.

If the confirmation for Judge Kavanaugh is officially derailed, Republicans, welcome to Room 101.