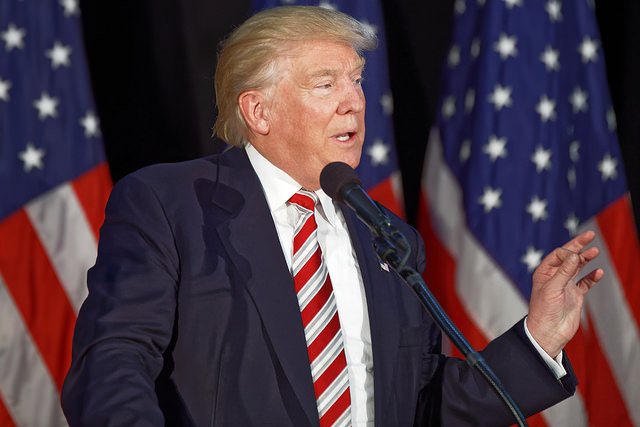 June 4, 2018 was the 500th day President Donald Trump has held office. After the most bizarre election most have ever seen – and possibly will ever see – there has been an agenda set to lessen government restraint on American families, reclaim the nation’s borders, restart the country’s economic engine, and restore the place on the international stage the U.S. once held.

Following this milestone, the White House issued a press release marking the achievements the president has helped advance.

Officials from the White House say that, “President Trump has strengthened American leadership, security, prosperity, and accountability.” As many can attest to, “the American economy is stronger, American workers are experiencing more opportunities, confidence is soaring, and business is booming.”

After 500 days, “President Trump has re-asserted American leadership on the world stage, secured vital investments in our military, and stood up against threats to our national security,” the White House states. As well, in advancing his “Make America Great Again” campaign pledge, the president has, “put the American people first and made government more accountable.”

President Trump is quoted saying: “Our families will thrive. Our people will prosper. And our nation will forever be safe and strong and proud and mighty and free.”

Election night 2016 saw the beginning of a stock market rise like no other than has been seen in decades. Building on this foundation, the Trump Administration took to its campaign promises of helping American working families keep more of the money they rightfully earn.

Furthermore, the president would institute one of the largest tax cuts in history. Teamed with an overhaul of tax brackets, including the corporate tax, it would allow for the American economy to finally rebound from the recession of nearly a decade ago.

According to the White House press release:

304,000 manufacturing jobs have been created since President Trump took office, and manufacturing employment stands at its highest level since December 2008.

337,000 construction jobs have been created since President Trump took office, and construction employment stands at its highest level since June 2008.

The unemployment rate has dropped to 3.8, the lowest rate since April 2000, and job openings have reached 6.6 million, the highest level recorded.

67 percent of Americans believe now is a good time to find a quality job, according to Gallup.

Only under President Trump have more than 50 percent of Americans believed it is a good time to find a quality job since Gallup began asking the question 17 years ago.

President Trump has restored confidence in the American economy, with confidence among both consumers and businesses reaching historic highs.

Consumer confidence in current conditions has reached a 17-year high, according to the Conference Board.

Optimism among manufacturers has hit record highs under President Trump, according to the National Association of Manufacturers.

Small business optimism has sustained record-high levels under President Trump according to the National Federation of Independent Business.

The top corporate tax rate was lowered from 35 percent to 21 percent so American businesses could be more competitive.

President Trump has rolled back unnecessary job-killing regulations beyond expectations.

The Administration rolled back rules and regulations harming farmers and energy producers, such as the Waters of the United States Rule and the Clean Power Plan.

Days after taking office, the President withdrew the United States from the Trans-Pacific Partnership negotiations and agreement.

President Trump’s Administration is working to defend American intellectual property from China’s unfair practices through a range of actions.

The President improved the KORUS trade agreement with the Republic of Korea, which will allow more U.S. automobile exports to South Korea with lower tariffs and increase U.S. pharmaceutical access to South Korea.

When it comes to leading on the world’s stage, or as Trump call it “winning,” America has been absent for around a decade. Following President Obama’s “I’m sorry” tour nearing the end of his presidency, Trump looked to take back the position on top for the world’s most influential superpower.

“President Trump followed through on his promise to move the U.S. Embassy in Israel to Jerusalem.

President Trump ordered an end to United States participation in the horrible Iran deal and immediately began the process of re-imposing sanctions that had been lifted or waived.

The President has taken action to confront aggression by Iran and its proxies.

The Department of the Treasury has issued a range of sanctions targeting Iranian activities and entities, including the Islamic Revolutionary Guard Corps-Qods Force.

Under President Trump, the United States has led an unprecedented global campaign to achieve the peaceful denuclearization of the Korean peninsula.

President Trump’s leadership has contributed to the return of 17 Americans held overseas.

In May 2018 alone, Venezuela released one American and North Korea released three Americans who came home to the United States.

The President has secured historic increases in defense funding in order to rebuild our Nation’s military with the resources they need, after years of harmful sequester.

The United States has worked with international allies to decimate ISIS.

President Trump ordered strikes against Syria in response to the regime’s use of chemical weapons in April 2017 and April 2018.

The Trump Administration has imposed a range of sanctions on the Maduro dictatorship in Venezuela, including sanctions targeting Maduro and other senior government officials.”

In the past two decades, the rise of crime from transnational gangs has become commonplace in neighborhood and cities. As the U.S. is now home to over 11 million undocumented immigrants, the immigration system is a just a veneer of what it should be to promote “rule of law” and legal entry into the U.S.

Although congress has become a bit of a stonewall when it comes to reforming the immigration system, the White House says this has not stopped the president from instituting change.

“President Trump has called on Congress to provide the resources needed to secure our borders and close loopholes that prevent immigration laws from being fully enforced.

President Trump authorized the deployment of the National Guard to help secure our borders.

President Trump’s Administration has carried out immigration enforcement efforts based on the rule of law.

From the start of President Trump’s Administration to the end of FY 2017, U.S. Immigration and Customs Enforcement (ICE) Enforcement and Removal Operations (ERO) made 110,568 arrests of illegal aliens.

Arrests made in this timeframe represented a 42 percent increase from the same timeframe in FY 2016.

Of the 110,568 arrests made, 92 percent had a criminal conviction, pending criminal charge, were an ICE fugitive, or had a reinstated final order of removal.

President Trump has made clear that his Administration will continue to combat the threat of MS-13 in order to protect communities from the horrendous violence the gang has spread.

In 2017, the Department of Justice worked with partners in Central America to file criminal charges against more than 4,000 members of MS-13.”

The opioid crisis has hit nearly every corner of American society. As dangerous synthetic narcotics have come into the country at unprecedented levels, families have suffered, and no one demographic is safe.

The crackdown on immigration is a big part of thwarting the attempts of drug traffickers into the country, but medical research is also needed to provide a cure to those who suffer from debilitating addictions.

“The Trump Administration has cracked down on the import and distribution of illegal drugs in order to stop them from reaching our communities and causing even more devastation.

The President has launched a nationwide effort to fight the opioid crisis, which has devastated communities across America.

The President’s Opioid Initiative seeks to reduce drug demand, cut off the flow of illicit drugs, and save lives by expanding treatment opportunities.

The bill included $1 billion for grants focused on the hardest hit States and Tribes and provided funding for a public-private research partnership on pain and addiction.”

It is not surprise that many believe that the U.S. government is at a bureaucratic high point. As red tape seemed to skyrocket under the previous administration, President Trump has worked to ensure government is more accountable to the American people.

“President Trump has confirmed the most circuit court judges of any President in their first year, and secured Justice Neil Gorsuch’s confirmation to the United States Supreme Court.

President Trump has signed legislation to bring more accountability to the Department of Veterans Affairs and provide our veterans with more choice in the care they receive.

The President’s Administration is seeking to provide more affordable health coverage and broader access to affordable alternatives to Obamacare plans.

President Trump has released a blueprint to lower drug prices for Americans.

President Trump has ensured that the religious liberties and conscience of Americans are protected and respected by the Federal government.

President Trump signed an Executive Order to protect the free speech and religious liberties of groups such as the Little Sisters of the Poor.

The Department of Justice issued guidance to all executive agencies on protecting religious liberty in federal programs.”