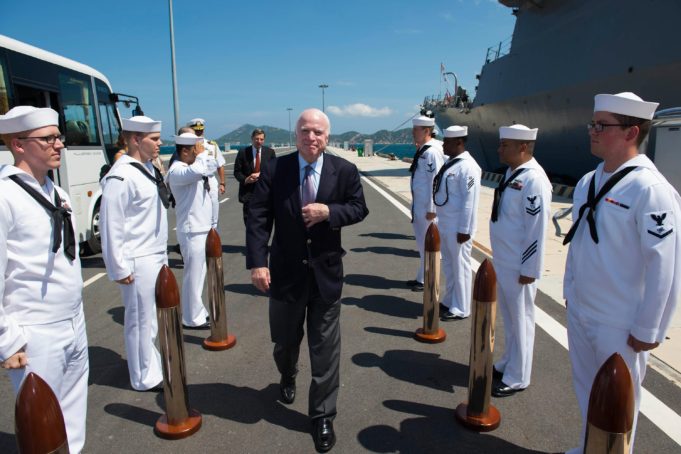 As the debate over repealing (and possibly replacing) Obamacare has stumbled forward, the number of options for Republicans has steadily narrowed.  A series of Senate votes showed that various approaches, including a full repeal, lacked the support to even clear the 50-vote threshold.  When the final option was being voted on, it was understandable that Sen. McConnell and other party leaders just wanted to pass something to show that the entire process hadn’t been for naught.

We should be thankful that MMC (McCain, Murkowski, and Collins) stopped us from doing so.

Because the Senate bill was different from the House bill in fundamental ways, passing it was meant as a procedural step to open up negotiations between the two chambers.  Rather than the hearings and open votes customary in the legislative process, which give voters a chance to be heard and forces legislators to publicly acknowledge where they stand, the bill would have been created wholesale in closed sessions where voters have no place and only a fraction of each chamber’s legislators would even have even been able to participate.

It has been shown time and time again that government is at its worst when allowed to operate further and further away from the people who are affected by its policies.  Even the senators who did vote for passing the “skinny repeal” on offer last night were doing so with the active hope that it would never become law.  They were hoping to negotiate a different version with the House despite being unsure the House would even do so.  The legislation itself had existed in secret, hadn’t been scored by the CBO or anyone else, and was subject to zero hearings or other forms of accountability.

That simply isn’t good enough.  It often takes more work to undo a mistake than it did to make it in the first place.  This can feel deeply unfair to those working on solutions, but the right way is sometimes the hard way.  Health care is almost certainly the most complex policy issue in America, and given that full repeal decisively lacks both popular and legislative support, we must craft an alternative to Obamacare with more care and attention to detail than the original law, not less, in order to provide a superior solution.

I certainly understand why this approach was dropped in favor of a more rushed and secretive one: the political importance of this issue and the sheer volume of campaign promises made about it.

Going home empty-handed after railing against Obamacare may drain the political capital of the GOP among our most fervent supporters.  Yet the only reason to have political capital is to use it on passing legislation which solves people’s problems, and we had instead reached the point where we were doing something just to do something.  We have a particular word for this all-too-familiar type of government behavior: bureaucracy.

Building a health insurance market that is more competitive and less coercive is a necessary goal and one we must continue to pursue.  But as Sen. McCain and several others referenced in the last few days, we must do so in a way which honors the purpose and design of our government.

This may all sound Pollyannaish, but taking a deep breath and remembering our basic principles is a necessary step when political pressure is intense and the fate of several careers may hinge on how an issue is handled.

It is also the only way to get reform which is practically effective and politically durable, which are standards even the most jaded politicos should value – and which none of the current proposals can meet.  The entire purpose of the Constitution was to build a government that forced legislation to undergo the kind of scrutiny that would prevent our reactionary impulses from becoming law.  It served that purpose here, and now a more genuinely deliberative process that addresses the many flaws of Obamacare can and should become the priority.