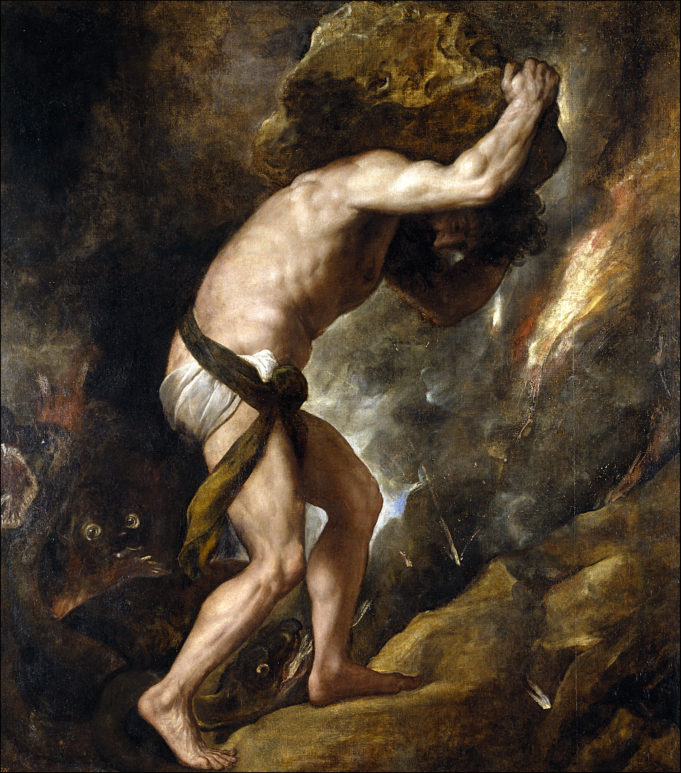 It used to be a common saying that “Theology is the queen of the sciences and philosophy is her handmaiden.”

This sounds odd today because those three subjects – theology, science, and philosophy – are very often distinguished from each other so much that they often appear mutually exclusive. Philosophy is focused on logic, epistemology, ethics; theology studies divine attributes; and science is concerned with empirical evidence.

They are treated as separate academic subjects in the university, though Philosophy and Theology enjoy a more intimate acquaintanceship than Science does with either of them.

Science (as we think of it) has irrefutable shortcomings in the quest for ultimate truth, in that the deductive/inductive method employed cannot (nor does it claim to) prove anything conclusively. Similarly, logic can deduce a valid conclusion based on an inductive major premise, but it cannot prove conclusively the veracity of the premises.

Physicists are caught in a dialectic between general relativity and quantum field theory, and one theory cannot answer the anomalies of the other. Likewise for the metaphysical science of philosophy, we can deduce the subjective and posit about the role of the objective, but reconciling the two has been a Sisyphean endeavor.

Even the Existentialists, who attempt to cut the Gordian knot by attributing all priority knowledge to the “self,” cannot adequately answer when the “true self” begins and how much objective (or external) influences have over subjective (internal) existence prior to the manifestation of the “true self.” The subject-object dialectic cannot be reconciled by logic, epistemology, ethics, aesthetics, or any other field of philosophy.

So then, whether in physics or metaphysics, one is forced to admit (if honest) that the unifying principle that scientists and philosophers seek cannot be obtained. Of course, this has not stopped the most brilliant minds in history from both fields questing for it.

One might say it has been the quest of any serious scientist or philosopher.

And that is why theology matters – not because the discipline itself claims any method exclusive from the physical or metaphysical sciences; but because it is chiefly concerned with the ultimate, universal, and supreme unifying principle.

First though, we must suspend the 20th and 21st centuries’ Western connotations of “God” – i.e., one that has regrettably been humanized, individuated, and de-essentialized (or existentialized) into a familiar and relatable acquaintance – and consider the analytical truth of God’s supreme ontological supremacy. As Anselm defined God as that being than which no greater being can exist, so we may also consider “God” as the being from which all other being exists, or that being to which all other being is dependent.

In this ontological sense then, God is not the simple caricature drawn by Western secularists (and some professing Christians); nor is God simply Aquinas’s “uncaused cause” in only the energetic or mechanistic sense.

Rather “God” is that being, that principle, that ultimity that explains everything else. God is, as the famous once-atheist Antony Flew eventually recognized, the fundamental legislator of the fundamental laws of the universe – the physical laws, the laws of logic, and the laws of morality.

So likewise, theology is our quest for knowledge about this ultimate being; not only for the Christian, but for any philosopher and physicist. Culturally we’ve relegated theology to a specialty subject, but because of the definition and nature of God, it is a subject that encompasses all the sciences – both physical and metaphysical – and any scientists concerned with ultimity should consider themselves theologians – or at the very least, handmaidens to the science.

Theology may not reconcile general relativity and quantum field theory in the physical sciences; it may not reconcile the subject-object dialectic in metaphysical epistemology; but theology matters because it recognizes that there is ultimity and universality.

Whether one is an existentialist or an ontologist, a relativist or an absolutist, an astrophysicist or a metaphysicist, a logician or a biologist, the quest for a unifying theory of everything continues. Theology formally recognizes that though we may lack the capacity on our own to understand a deterministic Grand Unifying Theory[1], we may draw nearer to that truth – and more importantly, we may draw nearer to the Grand Unifier.

[1] See Roman Catholic priest and physicist Stanley Jaki’s application of Gödel’s incompleteness theorem to the Theory of Everything in The Relevance of Physics.