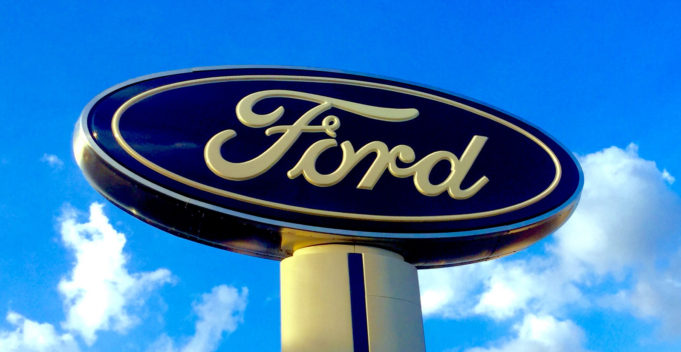 After tariffs with China and other countries led to small farmers becoming victims of retaliatory duties on U.S. exports, the Trump Administration rolled out a $12 billion bailout for those in the agricultural industry in key electoral states. Now, Ford Motor Company recently announced that they will move forward with major layoffs after suffering a $1 billion profit blow due to the tariff battle on the world’s stage between the U.S. and other economic superpowers. So, after the latest economic victimization resulting in possible financial downturn for an American staple, is there relief for automakers in the works?

Huffington Post reports that as many as 12 percent of Ford’s 202,000 workers worldwide could lose their jobs, part of the ongoing $22.5 billion reorganization plan the company has that would center on the company’s 70,000-strong white-collar workforce. Nevertheless, outside of corporate restructuring, workers could lose their jobs because the materials used to produce vehicles are becoming pricier and cutting into margins.

Ford has taken hits from steel and aluminum tariffs, and as President Trump dictates that more domestic resources must be used in auto manufacturing in the new United States-Mexico-Canada Agreement (USMCA), which replaces the 24-year-old North American Free Trade Agreement (NAFTA), it could cause Ford’s profits to sink even lower. Last month, the company decided to drop their plans of selling the Chinese-manufactured Ford Focus Active crossover vehicle because it is no longer profitable in the American market.

Effectively, if this scenario happens to other U.S. companies, the long-awaited wage increases will become more of a wish-list item as established automakers and manufacturers decide to protect profits by either pulling out of markets or laying off workers.

It’s been 10 years since the infamous auto industry bailout, in which the U.S. government inserted $80 billion into the failing industrial leviathans of General Motors and Chrysler when they faced bankruptcy amidst the potential loss of at least one million jobs in the auto industry. Ford, however, did not lobby for the money because they cut costs to remain solvent, but they were included anyways because they feared an eventual downturn brought on by competing with subsidized companies.

Although the bailout led to the government attempting to make automakers more efficient and did lead to jobs created, many still believe that the “Big Three” American automotive companies are not operating competitively, launching repetitive zero-percent financing plans to boost sales rather than a much better product to speak for itself.

While the tariffs are being waged to cut down on trade deficits with foreign countries in the effort to get a better deal for American companies and workers, they do cost something, which can be jobs if a corporation cannot handle the ebb and flow of changing trade winds. After the mandate to build American cars with more domestic resources, prices could and probably will rise for new cars, which may lead people to spend their money elsewhere.

A bailout for Ford or other companies like it, as seen just months ago in the agricultural sector, would be a purely political decision. If the consequences from tariffs are increased prices and extreme market fluctuations that lead to companies laying off workers, the answer is not welfare subsidies, the answer is remove the tariffs.

It should be no surprise by now that President Trump – and some Republican lawmakers – have reversed on the GOP orthodoxy when it comes to federal spending and barriers to free trade. For the midterms, the $12 billion bailout for farmers may be the solution to Trump’s tariff problem to help Republicans keep control of Congress after Election Day.

With Ford, it could be much too early for the “political need” for subsides in that sector. However, if this trend continues to hurt others in the automotive and manufacturing industry come summer 2020, the action may not be another auto bailout, but to rescind the tariffs with President Trump looking like a savior putting out the fire he started.