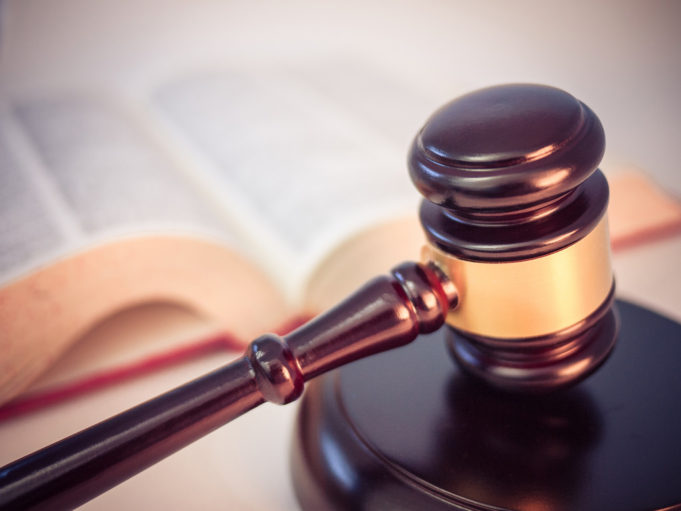 As the national conversation turns to a potentially realigned Supreme Court, I’m reminded of the story of an executive cabinet member who became so furious with a certain demographic for not acculturating he actually convinced the President to issue an executive order to make that culture illegal. When it was revealed that the First Lady was a born-and-bred member of that culture, the President was upset with his own order but nevertheless cited the legal principle of stare decisis, which meant he could not overrule his own previous decision no matter how wrong it was.

Of course, no such American president exists. This is the story of Haman, King Xerxes, and Queen Esther, and the order wasn’t just to make the Jewish culture illegal, but to kill all the Jews. Nevertheless, Xerxes – the most powerful emperor in the world who ruled over 127 provinces – was powerless against the simple abstract force of legal precedent, left to wringing his sovereign hands in despair for the immorality his court had produced.

When I first heard this story as a child, I thought Xerxes a rather weak and foolish sovereign for refusing to overturn precedent. And yet today, adults are demanding the highest court in the country play Xerxes opposite the unborn Esthers.

Senator Susan Collins (R-ME) has established a litmus test with stare decisis, that she will obstruct the confirmation of any nominee that does not duly respect the legal precedent of Roe v. Wade and (presumably) Planned Parenthood vs. Casey. Put another way, Sen. Collins is demanding that any justice bind itself to precedent. The doctrine implies that even if a precedent is immoral, to overturn that precedent would be a greater sin than the immorality itself. It implies that the highest court in the land is ever-regressively inferior to its predecessor.

It’s easy to make comparisons to Plessy v. Ferguson and Brown v. Board, but somehow when it comes to the gospel of Roe there are pro-choice supporters that seem to insist that Supreme Court decisions are the inerrant, infallible, and inspired final word. Oliver Brown, his twelve co-plaintiffs, and millions of black schoolchildren are grateful it is not.

Stare Decisis is a perfectly fine and efficient principle when considering a hierarchical judiciary. It prevents lower courts from “going rogue,” and answering the questions of a case contrary to the opinion of a superior court. It would be a chaotic system, for example, in which the Supreme Court decided corporate speech is free speech (Citizens United v. FEC), yet inferior courts continued to uphold laws against corporate speech. Stare Decisis helps to keep the same questions and cases from being answered over and over again when superior courts have already answered.

But does the principle of Stare Decisis apply to the Supreme Court? I don’t think it does.

I’m sure there are constitutional lawyers that could cite case law and precedent to show that it does, but let me say upfront that doesn’t impress me. Citing precedent to preserve precedent is rather like the verification principle of the logical positivists, that the only meaningful statements are those that are empirically verifiable – a meaningless statement by its own criteria.

In 2006, when Brett Kavanaugh was being questioned by Chuck Schumer on his views of Roe v. Wade during his nomination to the DC Appeals Court, Kavanaugh responded he would uphold Roe v. Wade as he is bound by precedent from a superior court. But does that mean the SUPREME Court – a court, by definition, to which there is no superior – must be bound in the same manner? Not at all. The Supreme Court, again by definition, has the right and the prerogative to answer the same questions differently. I would further argue it has a duty to answer those questions differently if new evidence is presented.

In Planned Parenthood v. Casey, the court decided in 1992 that “the main ‘factual underpinning’ of Roe has remained the same, and that its doctrinal foundation is no weaker now than it was in 1973.” It also recognized that “there is a point somewhere, depending on medical technology, where a fetus becomes viable,” at which point the state does have an interest in protecting its potentiality.

With today’s new evidence – medical technology – it is theoretically possible for every embryo to survive and thrive outside the womb, thus manifesting its evident viability. Contrary to 1992, we know babies have the capacity for pain (and as defined by its absence, the capacity for pleasure) as early as 8 weeks – the first trimester. In short, we have mounds of new evidence that should influence new answers to the same questions – and the technical question is not even that controversial.

The real legal question we’re talking about is not whether or not the Supreme Court has the duty to protect a woman’s body or a new life. The question is simply whether the sovereign states may resume their rights to answer those questions themselves.

But just because these questions are hard, and new answers would require hard work, is absolutely no excuse. Haman’s order to annihilate the Jews was wrong, but it is more wrong – not to mention weak and cowardly – to refuse to overturn immoral precedent.