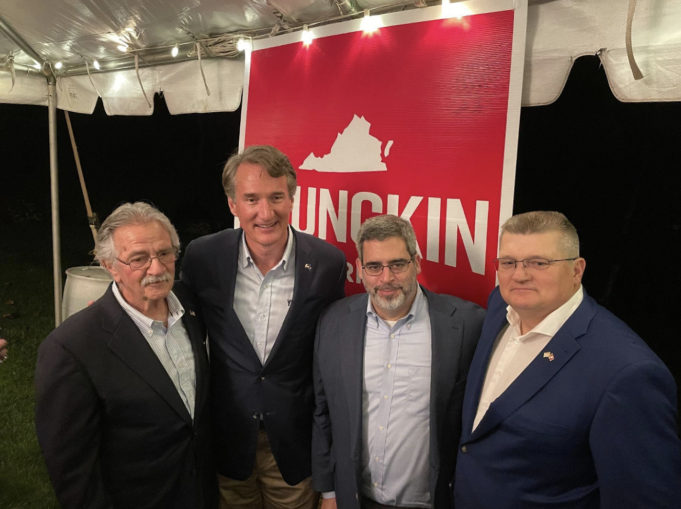 The League’s endorsement follows a campaign event the group hosted for Youngkin’s gubernatorial campaign. While Youngkin hopes to capture the governor’s mansion, Miyaries is running for attorney general and Sears for lieutenant governor.

That Virginia’s statewide races remain highly competitive is a testament to President Biden’s declining approval rating and the candidates’ effectiveness.

The League’s press release offers ample praise to all three:

Oakton, VA. – On Wednesday, October 5, 2021, The Board of Directors of The League for Sportsmen, Law Enforcement and Defense, a.k.a “The League,” met with and endorsed Virginia Gubernatorial candidate Glenn Youngkin at an event held in Oakton, Virginia. The endorsement of Youngkin kicks off The League’s political efforts in Virginia. The organization has also endorsed Attorney General candidate Jason Miyares and Lieutenant Gubernatorial candidate Winsome Sears.

The League for Sportsmen, Law Enforcement and Defense is a composite of what America is fighting for under the current administration. The League represents sportsmen, hunters, law enforcement, and others who in the past have been the mainstay of our society. The League stands for the defense of our Constitutional Rights, our inalienable rights protected by the First Amendment, Second Amendment and the eight other amendments in our Bill of Rights. Freedom of speech, religion, the press, assembly and to petition the government are all indisputable rights as outlined in the First Amendment of our Constitution.

James Fotis, President of ‘The League’ said, “We believe that the Youngkin, Sears and Miyares team will be the start of a new era of government not only in Virginia but that their spirited campaign will carry the message of freedom throughout the nation. We were impressed with Younkin’s succinct speech during his event about advocating for his first five priorities starting on day one in office. His clear-cut campaign should be a guide for future politics both in Virginia and across the nation.”

Youngkin said that to change the path that the Democrats have led Virginians down, every Virginian needs to get out and vote for the Youngkin Team and other Republicans candidates on election day. The League fully endorses Youngkin’s plan to end the defund police movement, codify qualified immunity, and again make Virginia the state of which our founding fathers were once proud!

While polls consistently show Democratic nominee for governor Terry McAuliffe leading, many are within the margin of error. Moreover, a recent survey from Nexstar/Emerson College indicates that most undecided voters are breaking for Youngkin and Miyaries. It seems likely that victory will come down to voter turnout.