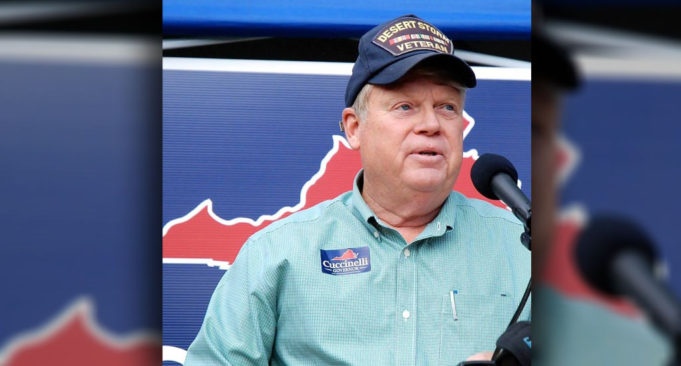 I received a call from a good friend and former Army colleague to talk about 9-11. He was one of my junior officers in the 1st Infantry Division and a very fine man. He is greatly disappointed these days. He loves his country. He’s ready to fight and die for it even now. He almost did even then.

On 9-11 most of us were observers of that nightmare in America. My friend was a victim of it. Crawling desperately through flames ignited by American Airlines Flight 77 that had been hijacked by terrorists and deliberately crashed into the Pentagon, my friend was certain that he would die. Like thousands of others serving in the Pentagon that day, he went to work not expecting to die. But at 9:37 a.m. on the 11th of September 2001 when the aircraft slammed into the Pentagon, my friend was on death’s doorstep. By the grace of God, he survived. He was rescued but endured much suffering from his burns that took many years to heal. Most of us watched 9-11. My friend endured the flames of a living hell.

Congresswoman Ilhan Omar (D-MI) famously said of 9-11 “Some people did something” in an effort to avoid the central fact of the matter. In fact, 2,977 Americans were murdered by Islamic terrorists in the most cowardly way possible. Men, women, and even children died that day. Omar is a disgusting creature undeserving of a seat in the U.S. Congress. She is not worthy to untie the laces of my friend’s shoes.

By the grace of God, my friend survived and went on to complete a successful military career and also serve his community and state. But on the occasion of the 20th anniversary of this horrible event, he worries that America has lost its will to fight terrorism at precisely the time when it is needed.

It’s vital to understand the role that will plays in combat. For a warrior, the first objective is to crush the will of the enemy to resist. Our enemies attempt to do the same to us. Most recently, many in our nation have expressed their desire to stop “endless” or what they claim are “forever wars.” That call rings hollow if you understand how will is central to victory.

This past month, America watched as our nation’s leaders showed the Taliban, al-Qaeda, and ISIS that we no longer have the will to fight them and destroy their will to resist. We even abandoned U.S. citizens and Afghans who risked their lives to fight terror at our side, to say nothing of billions in military equipment we left behind. Actions have consequences and ours have done nothing but elevate the will of our enemies to fight us.

The non-interventionists of the 21st Century are delighted because they think that the war in Afghanistan is now in our past. They are wrong about that. A new war likely may just be beginning. In a sense, they are a warmed-over version of the isolationists of the last century who scoffed at America’s participation in either World War I or II. So too do they now scoff at the idea of fighting terror abroad so we do not have to fight it here. Wrong again.

To be fair to those who object to “forever wars”, I share their criticism of how we have engaged the wars in Afghanistan, Iraq, and other places where the terror-scum reside. They say rightly that we cannot police the world nor nation-build in countries where our values simply will not take hold. Afghanistan was such a place. Japan and Germany are another story. But we seem to have forgotten that.

Those who have criticized America’s “endless wars” think the war in Afghanistan is over for the U.S. But therein lies a naïve fallacy that is best expressed as a question. Have our enemies—Islamic terrorists—ended their endless war? They surely have not. And we will see, sadly, that more terror will come our way because our enemies believe—with good reason—that we have lost our will to fight, our will to stand by those who stood by us, our will to crush their will.

So here is the essential thing to grasp. We are in a generational war with Islamic radicalism that will not cease unless we cease resisting. It’s all about will. Which bring me back to my friend.

He wonders whether Americans can rise to the occasion to fight when we must. I do not worry about that. Americans are frequently smarter than the people they elect. And when the chips are down, as they were on 9-11, Americans will do what it takes. The question is whether our leaders will be at the front or the back of the line.