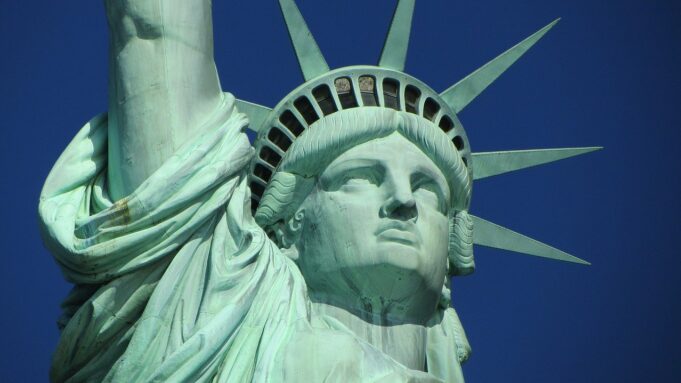 If you are like many other people, you have come to the realization that the political divide we now witness in America is toxic. E pluribus unum (out of many one), our national motto, in many ways is just a dusty old Latin phrase engraved on emblems and printed on our money. Divide et impera (divide and conquer) seems to have supplanted it as political factions in our nation are at each other’s throat. It’s not what our founders sought when they launched this great experiment in self-governance.

They did three fundamental things—as Christian apologist Os Guinness notes—to set us on the path to living in a free society. Having won revolution, they ordered it with our Constitution. And having ordered it, they then set about sustaining it. How? By understanding that freedom is sustained on the foundation of virtue in society. And that virtue derives from faith. They believed that faith was vested in our Creator God. And that faith would prosper in a society where people were free to worship as they pleased. In many ways, freedom, virtue, and faith were symbiotic, mutually sustaining each other in a cyclical fashion. When that cycle is interrupted, sustainment fails.

The reasoning is unimpeachable. Without virtue motivating behavior showing high moral standards, people would be—indeed are—unworthy of self-governance. In such a condition, the moral decay would vex society and cause it to collapse badly. We are seeing that today. But a vital aspect to sustaining the virtues needed in society is to embrace their origin, which is found in biblical truth. To be clear, while almost all of the Founders embraced the Christian world view, they were very clear that religion is a matter of individual choice. Yet they, unlike European powers, did not compel adherence to a particular religion, but rather made clear in our Constitution that a person’s religion is a matter of freedom, not to be interfered with by the government.

The language of the First Amendment could not be clearer:

“Congress shall make no law respecting an establishment of religion, or prohibiting the free exercise thereof;”

Yet the Founders were very realistic and insightful about the positive influence of religion on people, particularly the encouragement of virtuous behavior, so that citizens were inclined to embody a society that could indeed govern itself. That was the goal, to establish a systematic freedom that could last forever.

“Forever” seems at risk, these days. The partisan divide is as bad as we have witnessed in our recent history. That divide is a bitter one. Virtue is in the dock—on trial—as we cascade deeper into a crevasse of hedonism, substance abuse, familial destruction, rampant crime, and corruption, both in government and the private sector. Virtue is being snuffed out by a nation whose character has shifted from sustaining freedom to abusing it. And the cost of such is a creeping tyranny that will choke the life from the sustainment model our Founders left to us, the one thing they expected of us. We today did not win the American Revolution. We did not sit among the councils that drafted and ratified our Constitution. But we were very much given the mission to sustain that work. We are failing. We seem oblivious to the task. Sustaining freedom? That, many people seem to believe, is the responsibility of other people. Find a mirror and behold “Other.” There we will stare into the face of the person responsible to sustain our freedom. You and me.

So how are we doing? Are we a nation where the rule of law is superior to the rule of man? Are we a nation where the separation of powers continues to work toward balanced and accountable government? Do our legislatures legislate, and our courts adjudicate, in accordance with Constitutional guidelines? Do our Governors and Presidents lead and direct our government consistent with the law or do they rule by fiat? And do we, as a people hold all of them accountable by insisting that they act with virtue, which many in society now openly reject as we turn inward and away from our sustainment mission.

In the War of 1812, when Britain sought to overthrow the American government, at the Battle of Lake Erie, Commadore Oliver Perry exclaimed, “We have met the enemy and they are ours!” That famous line would later be parlayed in literature and satire as, “We have found the enemy and it is us.”

The enemies of sustaining freedom are those who would take it for granted. Those who stand idle and complain about the state of society, government overreach, abuse of power by legislatures, courts, and heads of state defeat themselves and their best self-interests.

HANER: The Consequences of the Quest for Carbon