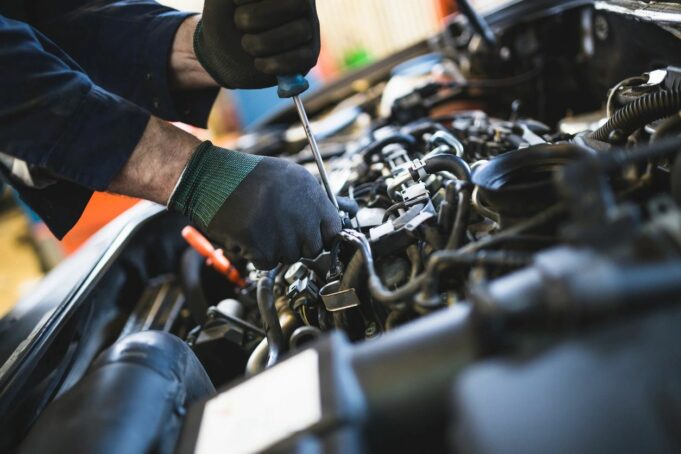 On the issue of vehicle safety inspections, Virginia has fallen behind the times. The District of Columbia and 35 states either never required periodic inspections or have eliminated the requirement.

Over the years, inspections have failed to prove their effectiveness; but they have modestly increased state and local revenues, made money for unethical auto mechanics, given predatory tow companies an excuse to tow cars from apartment parking lots (due to expired inspection stickers), inconvenienced a lot of drivers, and created one more barrier to mobility — and the American Dream — for poor and working class families.

In short, inspections are an unnecessary nuisance, and Virginia should join the growing list of states that have eliminated them.

Currently, only 15 states require periodic inspections, and that number is likely to decline further. Virginia is one of the 11 states that mandate annual inspections.

It was not always this way. In the midst of the Vietnam War, Congress passed the Highway Safety Act of 1966. This law required states to establish highway safety programs approved by the U.S. Secretary of Commerce or risk losing some federal transportation funding. One of the required elements of these safety programs was a state vehicle inspection program.

As a result, 31 states and the District of Columbia required periodic vehicle inspections by 1975. The following year, Congress restricted the Administration’s ability to reduce funding to states that did not meet federal highway safety guidelines. Subsequently, states began to repeal their inspection programs.

In 1932, during the Great Depression, Virginia became the fifth state to require periodic inspections. Of course, cars of this era were primitive, unreliable, and had little safety equipment. At that time, inspections were required every six months. Twice-a-year inspections remained the law in the Commonwealth for five decades. Then, in 1982, the General Assembly recognized that requiring two inspections a year was overkill and updated the law. Nearly four decades have passed since this update.

One reason why vehicle inspections appear so ineffective may be that they unintentionally encourage drivers to drive less safely because of a belief that inspected vehicles are safe. This is called the Peltzman Effect, which occurs when a safety regulation (or other security measure) causes people to act less responsibly than they otherwise would. Removing that regulation may not have a negative effect because people respond by returning to their more cautious behavior.

Another possible reason why vehicle inspection programs appear to have so little impact on safety is that very few accidents are attributed to equipment failure; the vast majority of accidents are caused by driver error.

In fact, the GAO found that “crashes with noted vehicle component failure constituted around 2 percent of all crashes nationwide.” Even if every one of these accidents could be prevented with an inspection program – and they cannot – there would not be much of a difference in the overall number of accidents.

Virginia legislators should repeal the periodic vehicle inspection mandate for private passenger vehicles as soon as possible. Sixteen states and the District of Columbia have already repealed their inspection programs, and not one has reinstated these inspections. After decades of studies, the efficacy of vehicle inspections is still unproven; and accidents are overwhelmingly caused by driver error, not vehicle defects.

The resources currently being expended on running the state inspection program might be better spent on educating drivers, removing dangerous drivers from the road, and improving driving conditions – such as installing more median barriers; upgrading lighting, signage, and lane markings; and lengthening yellow lights and all-red lights to give drivers more time to safely clear intersections.