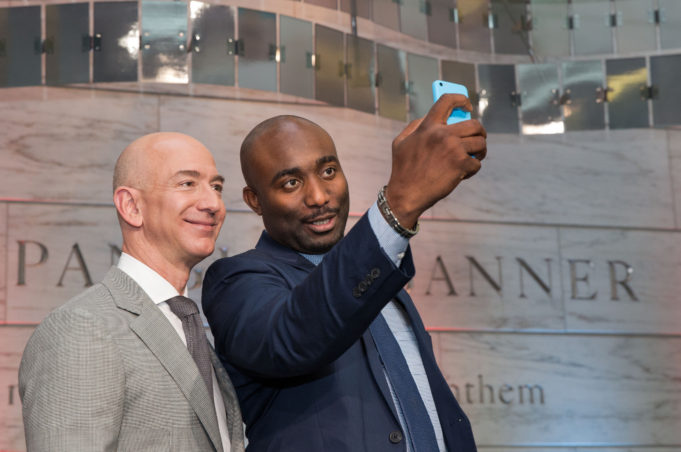 As American commerce giant Amazon eyes Northern Virginia as one of the areas to build its second headquarters, residents from the Washington-metro area have filed a Freedom of Information Act (FIOA) requests to D.C. and Northern Virginia state and local governments to reveal the incentives being offered to locate it in the suburb. According to a report from the Loudoun Times-Mirror, the FIOA requests were submitted by the D.C.-Metro chapter of Democratic Socialists of America (DSA) in conjunction with the anti-Amazon HQ2 organization “ObviouslyNotDC.”

Known as HQ2, Amazon’s second headquarters is expected to generate $5 billion in economic activity and come with 50,000 new jobs. As the retail giant combs the continent for a prime location, its primary factors for an area to have are access to public transportation, a well-educated workforce, and highly-favorable municipal tax incentives.

Alex Howe, an organizer with D.C.’s DSA released a statement saying, “As our elected officials across the DMV rush to give away billions of taxpayer dollars to Jeff Bezos’s Amazon, they have essentially stonewalled the general public on what exactly is being offered.” In defiance of the location bid, the group has launched the website, NoVaSaysNo.com.

“Our public money should be used to fund affordable housing, schools for our children, and projects that benefit our entire community,” Howe said in the statement.” Of course, 50,000 jobs couldn’t possibly benefit an entire community.

Among the 20 finalists for HQ2, Loudoun County has offered a joint proposal with Fairfax County and the Commonwealth, which is now battling against Washington, D.C., and Montogomery County, Maryland for the bid. As Amazon is set to select a “winner” for the HQ2 site later this year, information leaked from some government officials from finalist cities show that many have offered incentives worth well into the billions.

Representatives from NoVaSaysNo said, “Our state and local governments have signed non-disclosure agreements with Amazon, preventing residents from even knowing what is being offered with their tax dollars.”

Colleen Kardasz, assistant director for the Loudoun County Department of Economic Development, reportedly said, “As this project is still confidential, please see our response below that we have used for all FOIA requests regarding this project.”

“The records as requested are exempt from disclosure under Virginia Code § 2.2-3705.6.3 which states, Proprietary information, voluntarily provided by private business pursuant to a promise of confidentiality from a public body, used by the public body for business, trade, and tourism development or retention; and memoranda, working papers, or other information related to businesses that are considering locating or expanding in Virginia, prepared by a public body, where competition or bargaining is involved and where disclosure of such information would adversely affect the financial interest of the public body.”

Transparency advocates in Detroit and Chicago are also in efforts to reveal details of Amazon HQ2 bids their respective cities. Currently, there is an ongoing lawsuit in Chicago regarding FIOA requests.

Outraged by more economic activity coming to the Northern Virginia region, Howe exclaimed, “Bezos is the richest man on the planet, and he knows where he wants HQ2 to go.” He added, “Rather than selling out DMV residents in a race to the bottom, our three localities should invest in people and communities. Residents in our region refuse to compete against each other.”

The DSA fails to recognize that to “empower working people,” as they claim they endeavor, requires better-paying jobs, something Amazon’s HQ2 can offer. Nevertheless, the world continues to turn even as members of the DSA languish on their failed attempts to uproot corporate America from sticking its hands into the communities they eventually benefit.