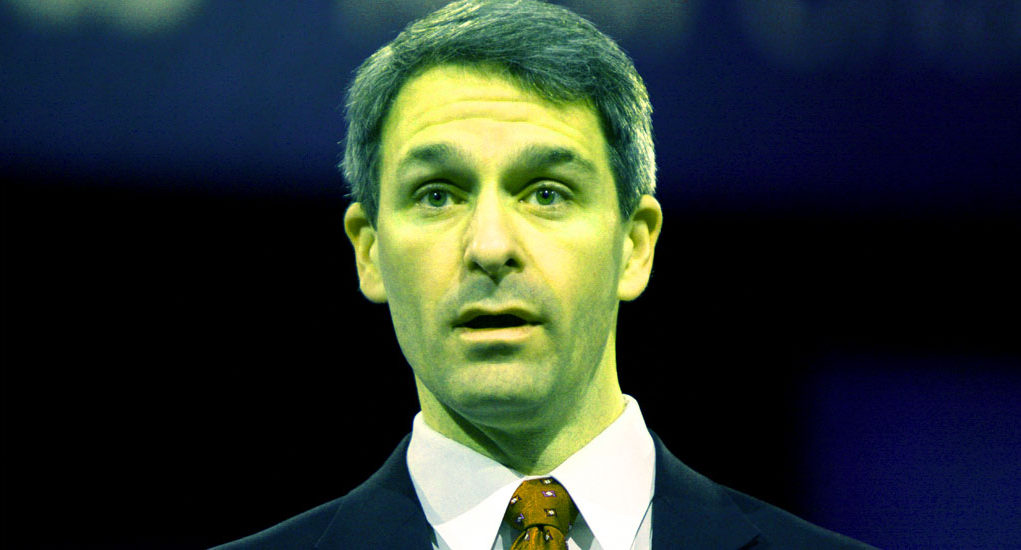 Now, fresh from holding hands with the pro-abortion ACLU on criminal justice reform, disgraced former Virginia Attorney General Ken Cuccinelli would like to scold Virginians on the use and adoption of next generation solar panels, claiming that using them will force us to — get this — burn wood for fuel.

I kid you not.  Check this out from the Roanoke Times:

A decade ago, Australia had among the lowest electrical costs in the world. After their government imposed mandatory renewable targets, large portions of Australia now have the highest electrical costs in the world — over 4x the cost in the U.S. — and rolling blackouts. European leaders implemented similar mandates with similar results: electric costs 2.5 to 3.5 times the cost of U.S. electricity and industries and firms are relocating to places where abundant, cheap, and stable fossil energy is available. Germany’s use of biomass — burning wood! — has increased from 20 percent of renewable energy production to 50 percent — leading to expansive deforestation.

Now color me skeptical, but I doubt very seriously that the Buchenwald looks like a hellish Randian dystopian moonscape (fun fact, 31.7% of Germany is forested — a net gain of 3.1% from 1990 to 2005).  In fact, the world has seen an 11% increase in green leaf vegetation over the last two decades… in fact, in most of Europe, the amount of forest growth has actually grown rather than decreased: 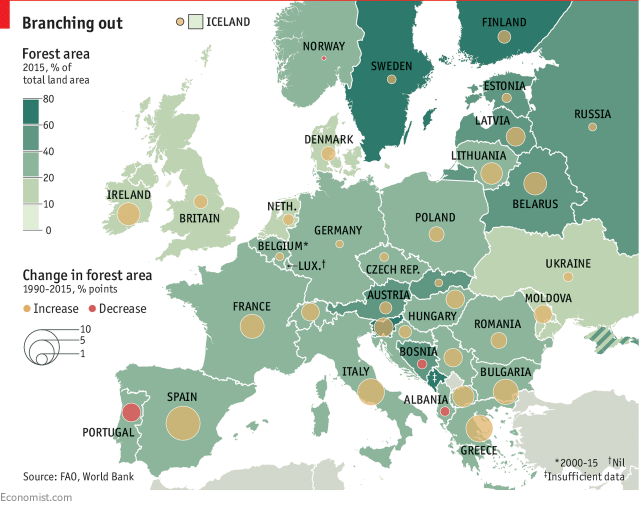 We are being told to believe solar energy hurts the trees.

Cuccinelli’s opinions on energy might have been relevant 10 years ago (when he was relevant), but they are sadly outmoded today.  Fact of the matter is, the Virginia General Assembly is contemplating a move to renewable solar energy that will power 1.2 million Virginia homes.

That’s good news, and while scaring Virginians concerned about the environment with mass deforestation makes great press, it is simply a false claim.  German biomass is being gathered from Indonesia, where productive palm oil plantations are being planted and providing much needed income and jobs to the regional economy.

In fact, the problem in Indonesia has nothing to do with legally sourced wood pulp bound for Germany, but rather where 80% of the deforestation is being done illegally and in an unsustainable manner.  So acute is this problem of illegal forestry that the United States is subsidizing a $1 billion deal to curb illegal deforestation, with the Indonesian government placing a moratorium on all new logging contracts.  These aggressive pro-environmental moves have reduced deforestation by 21% over the last two years — but again, none of this has anything to do with legally sourced wood pulp, just a stalking horse for an incredibly false assertion.

Truth is, the claim or allusion that Germany is deforesting either (1) Germany proper or (2) Indonesia singularly is misleading at best; false in a middling sense; an outrageous distortion of the facts to make a political point at their very worst.  While I’m sure it shocks people to know that politicians are for sale, grass is green, and water remains wet — such are the times in an era of fake news.

As for the claim that the worst case scenarios of Australia and Germany are being visited in Virginia, one need not worry.  Household electric costs will come down with a power grid that will not only accept output and input, but it will hardened against security threats such as EMP strikes. Moreover, the vast range of energy options — nuclear, solar, wind, and hydroelectric — makes the proposed reforms a winner across the board. Moreover, the Port of Virginia will finally have the energy resources it needs to become a truly international port of call.

Who in their right mind would want to interfere with that?

Moreover, while the criticism against solar in this op-ed may have been correct 10 years ago, the industry has made vast advances on solar capture (i.e. generating electricity from solar panels plus the longevity of solar cells).  What remains to be tackled — and groups such as Tesla are making wild advances — is solar storage.  One solution?  Compressed air… which unlike batteries, can have energy stored for days and even weeks.

Here’s where stuff gets really cool.  The advent of CSP — concentrated solar power — flips the script by treating solar energy as a thermal source rather than using photo cells as a power source, effectively using the sun to generate thermal heat as opposed to using photovoltaics to generate electricity.

The narrative that solar energy is somehow harmful to the environment is — simply put — ridiculous on its face, designed to pit one faction of environmentalists against the other in the hopes of agitating against an energy solution in Richmond…

…and yes, it’s really that rank and simple.

There are some tremendously advance and high-tech things going on with solar energy right now, none of which break the bank.  Does it mean that we are on the verge of replacing fossil fuels anytime soon?  Probably not — because there’s a reason why coal, natural gas, and gasoline work for energy consumption.  Relatively portable and highly complex molecular chains get the most bang for one’s buck.  Yet introducing the element of fear by insisting (1) solar bad, (2) will someone think of the trees? (TM), and (3) insisting that Australia and German models of energy consumption are the future in Virginia is ludicrous on its face and scaremongering at its utter worst.

Some people make a career out of such things.  Virginians should be leery of such individuals and let the scientists — not the politicians and agitators — offer the best solutions.