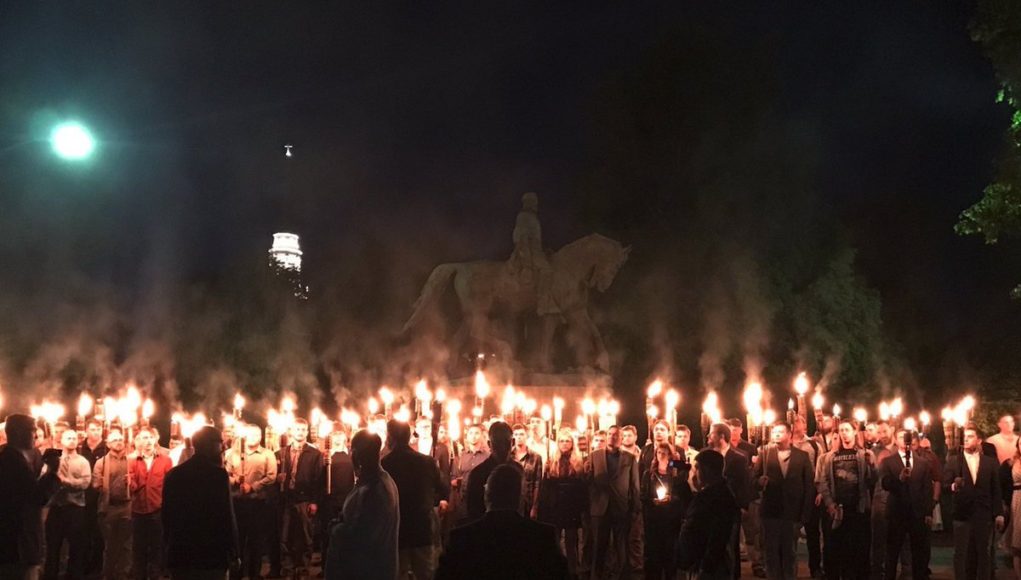 Racism is a disease that Americans have been ignoring for decades. Many Americans don’t like to talk about it and prefer to deny its very existence. Ignorance is bliss, or so they say, as we tell ourselves that racism is dead and shut our eyes to reality.

Yet ignoring a problem doesn’t make it go away. Like all diseases, racism left untreated spreads and grows more aggressive. And this past weekend, this is exactly what we saw happen in Charlottesville.

The existence of racist bigotry is not based on our ability to see it. We cannot close our eyes and erase it.

Reality can be ugly. The truth often hurts. The Ku Klux Klan, neo-Nazis, and other white nationalist groups are not a myth or a thing of the past. Unfortunately, it took them marching their violent, hate-filled ideology through the streets of Charlottesville for us to acknowledge it as a real problem.

For too long, we sat back and ignored the warning signs, allowing bigotry and racism to fester in the shadows. It’s a disease we need to cure, but the question is how?

In the days and hours following the Charlottesville protests, millions of self-righteous Americans took to social media to express their anger and disgust. Let’s stop to ask ourselves what it is we are truly angry about. Are we angry that bigotry and racism exists, or that they had the audacity to show their faces? Bigotry and racism did not develop overnight, so why are we only this angry now? Well, shame on us.

The existence of racist bigotry is not based on our ability to see it. We cannot close our eyes and erase it. Just as we cannot tear down Confederate statues and erase the pains of slavery from the past. Reality isn’t always pretty, but hiding it from our sight changes nothing. Reminders of our past may be painful, but it’s the remembering that keeps us from repeating it.

We can be angry all we want at a bunch of fascist white supremacists for coming out of the woodwork, marring our pretty picture of reality, but what good will come from it? Anger is not a solution for anger. And while this should go without saying, violence is not a solution for violence either. The name of the so-called “Unite the Right” rally is rather ironic, because the demonstration was really an opportunistic stunt designed to incite anger and create division. And when we all exploded in an angry uproar, we gave them exactly what they wanted. The world cannot afford to forget that a divided Germany paved the way for Hitler and the Nazis.

But if anger is not the solution, then what is? How do we combat a dangerous ideology fueled by hate and ignorance?

Despite the efforts of all the keyboard warriors out there, words and rhetoric is not enough. Seeing so many people speaking out against white supremacy may make us feel a little better about the world around us, but it doesn’t change anything. Not really. We can drown out their chants with our own until we can no longer hear them, but our noise will not silence theirs. Words alone will never change misguided hearts and minds, especially when they are spoken in anger.

The only way to effectively conquer hate is through love.

It is time for us to stop arguing and start an open and honest conversation about racism in our country. Grandstanding when a topic suddenly becomes politically and socially relevant changes nothing.

If we truly want to combat racism in our society, we have to be willing to commit to its solution, even after the public loses attention and the media moves onto the big next story.

It is time that we love our fellow Americans by standing up for them and stop turning a blind eye to prejudices we see our society.

It is time that we stop laughing when a friend makes a joke about racial stereotypes. It is time we break our silence when we hear someone use a racial slur.

It is time we stop victim blaming and start admitting there is a problem.

It is time we stop hiding in our bubble of complacency and start caring about the struggles of others.

It is time we stop worrying about saying the wrong things and start listening to each other to understand.

Loving each another means breaking the barriers between us in order to get to know one other compassionately. It’s time we make an intentional effort to recognize racism in our own backyards and stand up and address it.

But it won’t be easy. And change certainly won’t happen overnight. But in order to begin tackling the ugly disease of racism in our own society, we all must commit to its cure for the long haul. Only then can we begin to heal.