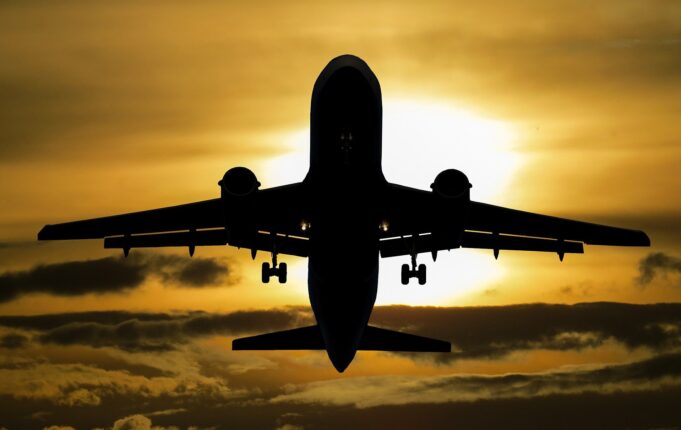 For years, American corporations have given a wink-and-nod to China’s abhorrent human rights violations. They claim to support women’s rights by boycotting states in the U.S. that have pro-life laws, but say nothing about China’s one-child policy which forces Chinese women to have abortions (especially abortions of female babies). Even if they don’t care about the aborted babies, what about their claims that it’s a woman’s right to choose? Hypocrites.

These woke corporations claim to support workers’ rights, some even strongly support unions — unless the workers are in China. They always support claims that America is racist — but their silence regarding China’s genocide against minority Muslim Uyghurs in Xinjiang is louder than they realize.

At this point, it’s gotten absurd. Fake wrestling tough guy and Hollywood actor John Cena embarrassed himself apologizing in Mandarin for daring to support Taiwan’s freedom from China. The Babylon Bee satirically reported that Cena was later scheduled for an experimental spine implantation surgery, since his was clearly non-existent.

The NBA has been complicit, most recently defending China from accusations by supporters of Hong Kong and ethnic minorities. Conservative activist Jon Schweppe was kicked out of a game in 2019 for holding a sign defending Hong Kong’s freedoms, and an NBA owner recently dismissed the genocide.

And, of course, the Winter Olympics begin this week in China, providing cover for the country’s atrocities – and many corporations are just fine with that, allying themselves with nations like Russia even as the U.S., Japan and other nations boycott or partially boycott the games.

U.S. corporations aren’t alone in giving China support. Airbus, a European airplane design company, contracted last month to open a huge new facility in China. This isn’t even its first venture into China; in 2008, Airbus opened a finishing center in Tianjin. Airbus justifies it as responding to market forces, which is a typical left-leaning corporate response, only crediting the free market argument when it serves their interests. But China is not a free country; if it was, its citizens would have stopped the oppressive labor conditions that workers toil under. Airbus is not obtaining their labor through the free market.

Despite this news, the Biden administration is considering awarding Airbus another billion dollar contract. The reality is, corporations impact public policy, such as how Apple did when it boycotted North Carolina over HB2 (requiring people to use restrooms corresponding with their gender at birth) a few years ago while selling iPhones in Iran.

It also can’t be ignored when corporations receive money from U.S. taxpayers. Airbus’s new facility in China is even more confounding, because what they are saying is that they want to play both sides against the middle – seeking a U.S. contract even as they ingratiate themselves with a nation that has shown no compunction about stealing technology, abusing workers and engaging in various forms of warfare against enemies and allies alike.

Airbus has clearly engaged in illegal activities. The World Trade Organization slapped Airbus with a $7.5 billion fine for receiving unfair subsidies from European governments. The U.S. government settled with Airbus in 2020 under the Trump administration for over $3.9 billion in penalties for engaging in foreign bribery, including bribing Chinese officials. It was the largest foreign bribery resolution in American history. According to Bloomberg, “Airbus illegally swayed government officials and other decision-makers on airplane sales, boosting profit by more than $1 billion.” This month, investors sued the company for $340 million over not disclosing the bribery scandal and settlement.

If the U.S. gives Airbus another contract, the work may be done in China. It’s not clear which aircraft will get sustainment support at this location, but China has A330s. It would be logical for the A330 to be among them. Air China, China Eastern and China Southern are flying about 150 A330s in active service between their three fleets. If Airbus contracts with the U.S. for A330s, it’s possible that there may be some cross-pollination. China has a record of stealing secrets, how do we know they won’t pressure Airbus? Not to mention Airbus uses plenty of European parts and systems.

The fact the Pentagon is even considering giving Airbus another huge contract comes as no surprise since the Pentagon has a horrible record on spending. Able-bodied soldiers are being kicked out of the military for not getting the COVID-19 vaccine – which increases recruiting and training costs, and costs the American people thousands of people’s valuable military experience.

The Pentagon conducted its first ever audit in 2018 and admitted it failed. Billions of dollars vanished in the effort to rebuild Iraq. The Army lied about scrapping a program full of fraud, which cost $725 million over a decade. Boston University economics professor Laurence Kotlikoff found that trillions of dollars may have disappeared between 1998 and 2015.

It makes no sense to contract for our defense with a problematic foreign corporation beholden to left-leaning European countries including France and the Netherlands when we have our own American companies with a better record. The five top defense contractors in the world are American companies. Why would we trust Airbus with our military secrets? Yet the Pentagon just awarded Airbus another hefty contract last June. The Army continues to buy Airbus’s UH-72A Lakota helicopters.

The Pentagon would be rewarding Airbus’s illegal and unethical behavior. The plant in China should have been the final straw. Is there something going on behind the scenes that we don’t know about? Corporations can do what they want, but when they use taxpayer dollars, they open themselves up for scrutiny.

This article originally appeared in the Intellectual Conservative. The opinions expressed in this article are those of the author and do not necessarily reflect the positions of The Republican Standard.