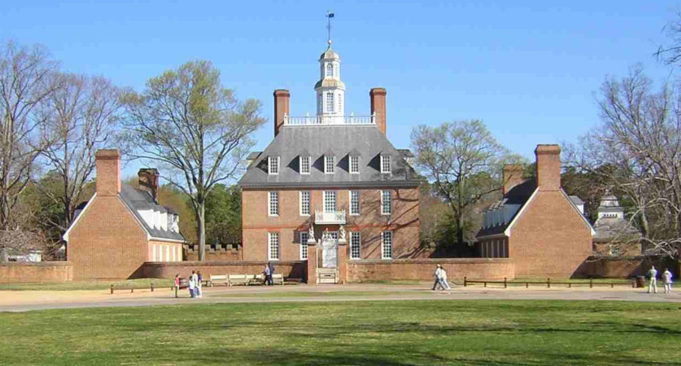 Virginia’s periodic review of K-12 History and Social Sciences Standards of Learning (SOLs) produced a politically correct 402-page monstrosity in August. It was revised to a much improved 53-page piece in October. The Left, including the NAACP, is pushing back with inflammatory rhetoric absent any or all facts.

Their sloppy mess of 402 pages of sound history and social sciences mixed with drivel about democracy and the incessant drumbeat of un-defined “diversity” is indefensible.

The first paragraph is prattle from “Educating for American Democracy, March 2021” about equipping (not teaching) members (not citizens) of a democratic society (not Virginia or the USA) to improve their political system and civil society to enable and enhance the capacity for self-government from the individual, the family (what business does the state have with family “self-government”?), and the neighborhood (community organizer stuff?) to the state, the nation, and even the world (global citizenship of one world government or what?). Is this educating or indoctrinating?

The second principle says students should use valid information and evidence, but doesn’t mention how a student determines what is “valid.” Also the students should “cultivate empathy.” Wrong. Feelings shouldn’t fuzz or replace facts.

The third principle “incorporates diverse perspectives to ensure that students “embrace diversity to encourage honest and informed academic discussions.” Yet, the demi-God of Diversity is never defined. It’s just worshipped. Also, students are to learn the factually inaccurate “world’s role in shaping the United States.” On the contrary, the American Civilization that produces the United States to this date is one branch off the limb of British Civilization from the great tree of Western Civilization.

The fifth principle includes the “educratese” that students “move between concrete, narrative, and chronological and thematic and abstract or conceptual learning.” In addition to the poor punctuation, this statement is absurd. What in the scholarly study of history and social sciences is supposed to be the abstract learning? Perhaps, aliens or zombie studies?

Two pages of introduction follow the principles. “History enables students to see how people in other times and places have grappled with the fundamental questions of truth, justice and personal responsibility.” The list of fundamental questions for humankind throughout history are far more fundamental – dealing with survival, society, economy, war, and religion, etc. – and considerably longer.

There’s a one-page graphic “What is Inquiry?” on “learning content through developing social skills.” It cites “the use of disciplinary skills.” Is that quantitative analysis? I taught “Research and Methodology for the Social Sciences” at the United States Military Academy. Our course didn’t teach students to “develop their own deep and critical inquiries.” Scholarly study is more hard work and substantive than imagination. We taught the tools of rational empiricism.

Finally, before the particulars of what should be taught in each grade, there were Themes and Concepts for History and Social Sciences. There’s some good stuff, and then under Power, Authority and Governance – the repetitive themes from K-12 are organizations, colonization, servitude, enslavement, imperialism, nationalism, and racism. How predictable.

This is a hard skew to set up teaching critical race theory’s fixed classes of victimhood and the intersectionality of permanent victimization. What’s missing? Religion. War. Conquest other than colonization. Tribalism. Monarchy and Oligarchy. Autocracy and Totalitarianism. Civilizations. And, notably, one Constitutional Federal Republic in particular.

Economics only deals with scarcity. Doesn’t mention capital and the growth of capital.

I sent the Board of Education 18 pages of particulars on errors – and their repetition – all the way through page 402.

As expected, there is no mention of learning, let alone celebrating, the official Virginia holidays – Christmas and Lee-Jackson Day. In fact, Virginia is rarely mentioned in the Virginia SOLs.

There’s the dubious linkage of ancient Mali’s contributions to the world and linkage to Virginia.

Horrific Indian massacres, Indian tribal wars, immigration of French Huguenots, Black slave owners, intentional destruction, devastation and looting by the Union Army, and many other important facts that matter in history and the social sciences are given short shrift or no mention at all.

Finally, there’s no bibliography of supporting references. There aren’t extensive endnotes associated with scholarly work. There are mere assertions. They lean Left and stupidly so.

The Board of Education meets in December. Let them not compromise on education. Support the October draft History and Social Sciences SOLs.

Then, get involved in the development of the curriculum guide. That’s where the SOLs can be radically changed by the particulars of study questions, suggested activities, resources, and references.