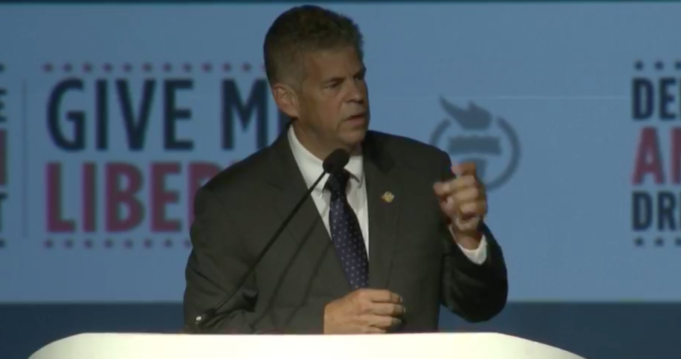 Former Speaker Kirk Cox (R-Colonial Heights) issued the following statement to members of the Republican Party of Virginia’s State Central Committee regarding efforts to move change the method of nomination from convention to primary.  His full remarks are as follows:

Much has happened in our country and in our Commonwealth since I wrote to you last in early December. We continue to see the fruits of one-party, Democratic rule in Richmond, and I expect we may soon see similar fruits in Washington. As this year’s legislative session begins, Republicans in the General Assembly will continue to fight back against collectivist policies promoted by legislative Democrats and the Northam Administration. In addition, I will continue holding Governor Northam to account for his failures in vaccine administration, and will continue to promote policies that can ensure more Virginians—like our health care workers, first responders, front-line workers, and teachers—receive the vaccine as soon as possible.

When I last wrote to you in advance of your December meeting, I committed to pursuing the Republican nomination for governor through the method selected by the State Central Committee.

As you all meet again to continue discussions regarding this year’s nomination process, I reiterate that commitment to you: I will pursue the Republican nomination through whatever method is selected.

As I said in December, threats to abandon the Party and its eventual nominee over the choice of a nomination method are disrespectful to Party members. Similarly, potential candidates who attempt to influence your decision-making to their own benefit, rather than the best interest of the Party, are also being disrespectful to your role as a member of the State Central Committee.

Neither my campaign team nor I will pressure—directly or indirectly—the Party into choosing one nomination method over another. I appreciate the great responsibility you all have to lead the Party in 2021, and I will respect your decision regardless of the outcome.

This year, we must fight back, lead forward, and win again. We have to fight back against unchecked, one-party Democratic control, lead forward to a Virginia where everyone can be safe, prosperous, and free, and—as a Party—we have to win in 2021.

I look forward to working with you all to ensure victory this year. Please do not hesitate to reach out to me directly if there is something you need.