Home Columns So How Bad Is It? 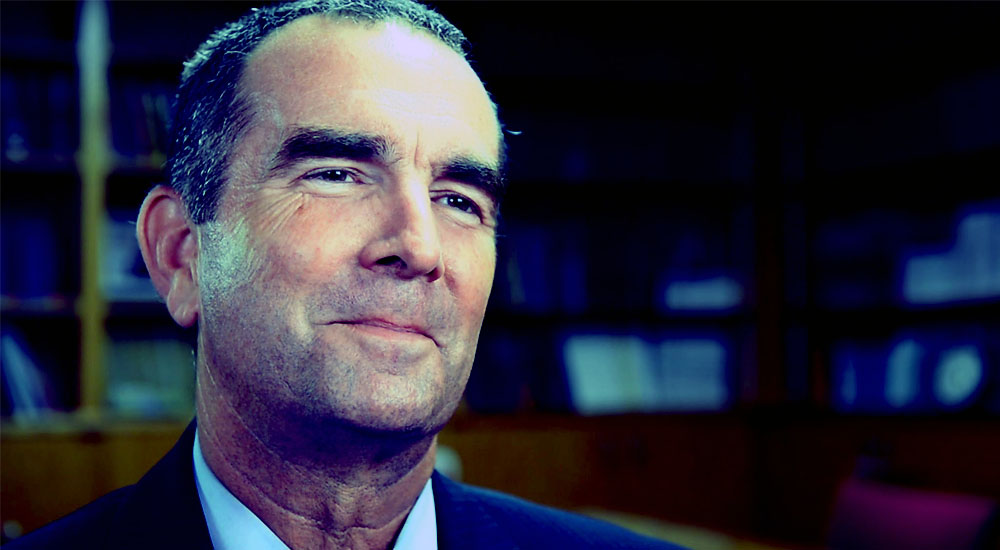 An often asked question: “Do you really think Northam is in that much trouble, or are you just telling the Republican base what they want to hear?”

Here’s the short verision: If the Democrats had possessed the wisdom to nominate Tom Perriello for governor?  It would be a different ballgame altogether; a true contest of ideas that would have energized both bases, where Gillespie might have found himself in a different spot altogether.

Northam’s intransigence and heavy-handed approach is clearly gnawing at Democratic activists who are starting to look downfield in an attempt to salvage their chances for 2018.

Instead, the Democratic establishment nominated what one Democratic operative referred to as The Last Dixiecrat (TM); desperately trying to turn Northam into a raging progressive lunatic and failing in the enterprise.

Even if the demographics of Virginia are up for grabs, the demographics of the Virginia Democratic Party are not.  Their transition into a Northeastern establishment party anchored in Washington and informed by New England/New Jersey values is total at this point.  No longer a statewide party, DPVA finds itself a regional one — unable to reach out to rural Virginians and abandoning them wholesale to the waiting arms of the Republican Party.

Republicans have this problem as well, to be sure.  Gillespie’s failure to campaign heavily in Southside Virginia to African American voters in 2014 could be pointed towards as one area of several where his U.S. Senate candidacy could have picked up the margin of victory in a race where the pundit class never believed he would come within 10 points of Democrat Mark Warner.  Northern Virginia had long been an area where Republican consultants had marked off Fairfax County with the phrase hic sunt dracones.

Instead, Gillespie broke that mold entirely, proving that McDonnell’s 2009 campaign was more than just a one-off.   In fact, Republicans really can appeal to the broad swath of independent-minded Virginians where the theoretical maximum of 61% really is reflected in the representation of the Virginia House of Delegates, where the GOP retains a majority of 66 seats.

This nags the consciences of Democrats in Virginia.  Sure they’ve had a good run, but the idea of Virginia finally becoming a “blue state” is so tantalizing, so against the grain of a Southern state, that at some point it becomes an idea Democrats must will into existence.

Problem is, Virginia isn’t a blue state at all.  It’s a red state where the Republicans haven’t been able get their act together — until now.

The simple reason why we don’t have a tax plan from Northam is that he can’t afford to issue one for fear of angering his progressive base.

Since the near-run 2014 U.S. Senate race, Democrats have not had a true test of their so-called blue state status.  That hypothesis was tested in a serious way against Mark Warner, arguably Virginia’s most popular politician.  Warner’s near loss should have been a wake-up call for Virginia Democrats.

Fast forward to 2016.  Trump did not carry Virginia, yet parallels to Virginia’s disastrous 2013 run are self-evident.  While the nationalist and populist wing of the Republican Party of Virginia demands a certain degree of orthodoxy, and can carry a few seats here and there, they utterly fail at the statewide level to carry the party to victory.

Gillespie has navigated August quite well.  On an issue that should have torn the GOP base right in two, Republicans are rather united on the premise that history should be taught, not bulldozed.

In contrast, not only has Northam been peeled away from his centrism with fingernails scratching the ground — why the press hasn’t latched on to McAuliffe’s sudden opposition to offshore drilling just hours after the League of Conservation Voters donated seven-figures to the Northam campaign — Northam has found himself dragged to the left on virtually every issue of import save one: the Atlantic Coast Pipeline.

Miscalculating the opposition to be limited to Nelson County, Northam’s intransigence and heavy-handed approach to former Perriello supporters has been baffling to say the least. The subsequent decision to abandon rural Virginia in favor of an approach that focuses on Virgnia’s suburban and urban cores — areas where Gillespie specializes in making himself competitve — is clearly gnawing at Democratic activists who are starting to look downfield in an attempt to salvage their chances for 2018.

Here’s the other problem.  Northam is boring, and the limited plans from the Northam campaign policy shop is starting to come off as arrogance, not mere caution.  There’s a reason for this.  Northam’s tenuous and precarious hold on the liberals who got him the nomination versus his progressive left who even now aren’t quite sold on Northam’s pedigree will not tolerate either deviance or nuance.

The simple reason why we don’t have a tax plan from Northam is that he can’t afford to issue one for fear of angering his progressive base.

Either way, with Gillespie outspending Northan 3:2 in early September and the danger of a government shutdown now removed from the table thanks to an agreement between President Trump and Democratic Senate Minority Leader Chuck Schumer (D-NY), one sees the air coming out of the tires of a rickety Northam campaign.

Don’t expect national Democrats to throw good money after bad.  After all, why should they?