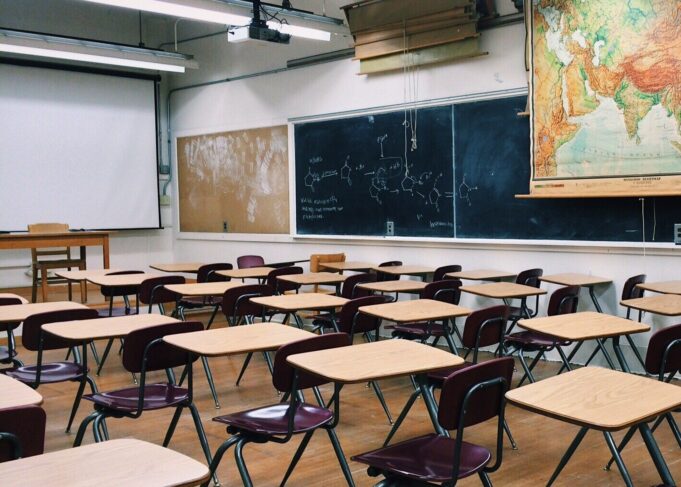 A concerned father faces four misdemeanor charges thanks to an obscure law and a commonwealth’s attorney’s apparent decision to look the other way even though the defendant is a black man facing particularly dubious charges.

Torrico, who graduated from Thomas Jefferson High in 1998, initiated an online chat during a Parent Teacher Student Association (PTSA) meeting with the student government president, a high school senior. The student eventually asked Torrico for his email. Everyone attending the PTSA meeting online could see their interaction, and Jackson wasn’t the only one who found it problematic.

TJ Principal Ann Bonitatibus also expressed concerns about Torrico’s interaction with the student in a November 23, 2020 email: “the orginial question that was posed by the parent about selection for the leadsership summit would have been best addressed to a middle school principal, not to our SGA students… An exchange such as what happened on the Zoom meeting, while all within the public eye, is proof positive why FCPS has clear guidelines for which platforms are used for adults to interact with students.”

The charges come even as Fair County prosecutor Steve Descano — a progressive who narrowly won his primary election with the help of funding from George Soros — has pledged not to prosecute minor crimes that “disproportionately hurt people of color,” and routinely declines to pursue crimes he deems minor.

Last month, Descano’s office let off a woman who allegedly violently abused an infant. On March 18, the office told the judge it would not pursue the woman because “there are no ACA’s [prosecutors] available for a four-day jury trial beginning on March, 21, 2022.”

On September 23, 2021, Torrico went before a Fairfax County magistrate and filed two criminal complaints against Jackson. He called attention to Jackson’s role in suing the school district, writing, “Harry R. Jackson is a plaintiff on two lawsuits against FCPS.”

The magistrate, Richard M. Miller, issued two misdemeanor summons against Jackson, referring to Section 19.2-417 in the code of Virginia. Enacted in 1950 and most recently amended by Virginia’s legislature in 2020, the law makes it illegal to slander and libel a “person’s character for virtue and chastity.” It has remained on the books in the Commonwealth despite the Supreme Court’s landmark ruling on punishing inflammatory speech in Brandenburg v. Ohio.

Torrico is a TJ Alumni Action Group member, a group that sought to abolish the elite school’s entrance exam.

Jackson’s attorney recently filed a motion to dismiss the case. A hearing on the matter is scheduled for Friday, April 8, at the Fairfax County Judicial Center.