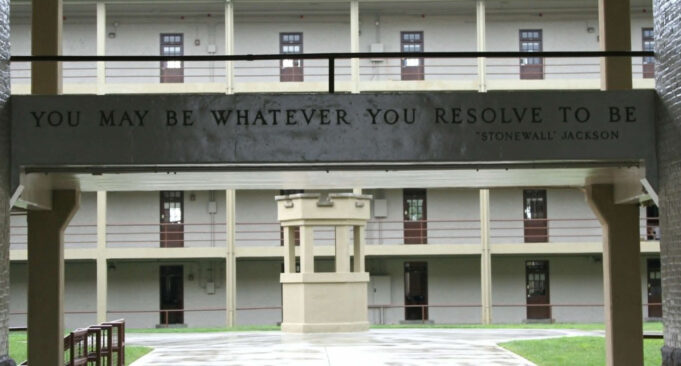 The following letter was signed by 500 VMI graduates and submitted to the media for publication.  TRS is both pleased and proud to run this open letter in its entirety.

Through its rigorous four-year military system and single-sanction honor code, the Virginia Military Institute produces graduates across all walks of civil and military life who embody the values of duty, honor, civility, camaraderie, and a commitment to service. Central to all of these values is a belief in the dignity of one’s fellow human beings. VMI alumni no doubt recoiled at the recent allegations of racist conduct at VMI. Let the undersigned alumni be clear: every individual act of racism denies the inherent dignity of another human being and is wholly inconsistent with the values VMI seeks to instill in its graduates.

As our country continues its reckoning with racial inequality and injustice, VMI and its alumni should be open to a rigorous examination of our alma mater to ensure that it reflects the values that it espouses.

Such an inquiry must be guided by an earnest search for the truth and must be conducted in a deliberate manner. Governor Ralph Northam himself has said, “I believe that when we learn more, we can do more.” The undersigned alumni write because we fear that a legitimate search for truth concerning these issues is being jeopardized by those intent on making hasty and premature decisions about VMI’s future based on partial and incomplete judgments of its past. Such decisions do not do justice to the allegations at issue or to VMI.

During the following week, both the Washington Post and prominent Virginia politicians echoed these premature conclusions. The Washington Post’s Editorial Board deemed VMI “an embarrassment to the Commonwealth.” Former Governor Douglas Wilder suggested that Governor Northam should remove the entire Board of Visitors. The Chair of the Senate Budget Committee said of VMI: “I’m not sure how important or relevant it is . . . [i]t seems to me its time has passed, especially if it doesn’t adjust to changing times.” The above claims and the inflammatory statements that followed predated any investigation, let alone the conclusions of such an investigation.

Despite these premature statements from the elected leaders of the Commonwealth, and from one of the most widely-circulated newspapers in the world, on October 20th the President of VMI’s Board of Visitors “welcome[d] an objective, independent review of VMI’s culture and the Institute’s handling of allegations of racism and/or discrimination” and pledged “the full cooperation of VMI officials in the review.” He also informed the Governor that VMI had “already begun a review of nearly 30 operational elements of the Institute including traditions, ceremonies, culture, and the relationship between [the] cadets and alumni. . . .” VMI began this assessment of its operations and traditions to ensure that they afford an equitable campus culture in June—well before the Washington Post published its first article concerning VMI in October.

However, on October 22nd, before any investigation had begun, the Governor acted on his unsupported conclusions when he conveyed to General J.H. Binford Peay, III, VMI’s Superintendent of 17 years, that he had lost confidence in the General’s leadership. General Peay resigned the following Monday.

Three days after General Peay’s resignation, the Board of Visitors announced several new changes which appeared to preempt the investigation they had previously welcomed, since no conclusions or recommendations were yet available to inform their potential necessity, value, or impact.

The events recounted above reflect a rush to judgment, rather than a reasoned search for truth. Claims of a toxic culture, systemic racism, and an inconsistent (and therefore unjust) application of the school’s honor code are grave. We should treat them as such. This means that we can neither dismiss them, nor accept them without a thorough, impartial investigation.

Facts and reasoned recommendations drawn from those facts, not public pressure, must inform any future changes to VMI. If state leaders believe that VMI’s systems and values do not afford equal opportunity and dignity for all cadets, they must first verify that belief with facts. Facts have the power to persuade; harsh rhetoric and hasty initiatives do not. If there is evidence of such disparities and injustices, the investigation should present appropriate solutions, which can win the support of the VMI community as a whole.

To that end, the VMI community must stand prepared to do its part. Whatever facts arise from a fair and independent investigation, we must rise to the challenge and embrace the changes necessary to ensure that VMI reflects in deeds the values of honor, dignity, mutual respect, and camaraderie that it espouses in words. In this effort, we should take heed of the words of Johnathan Daniels (VMI 1961) and aspire—for VMI and ourselves—to “the decency and nobility of which [we] are capable.”