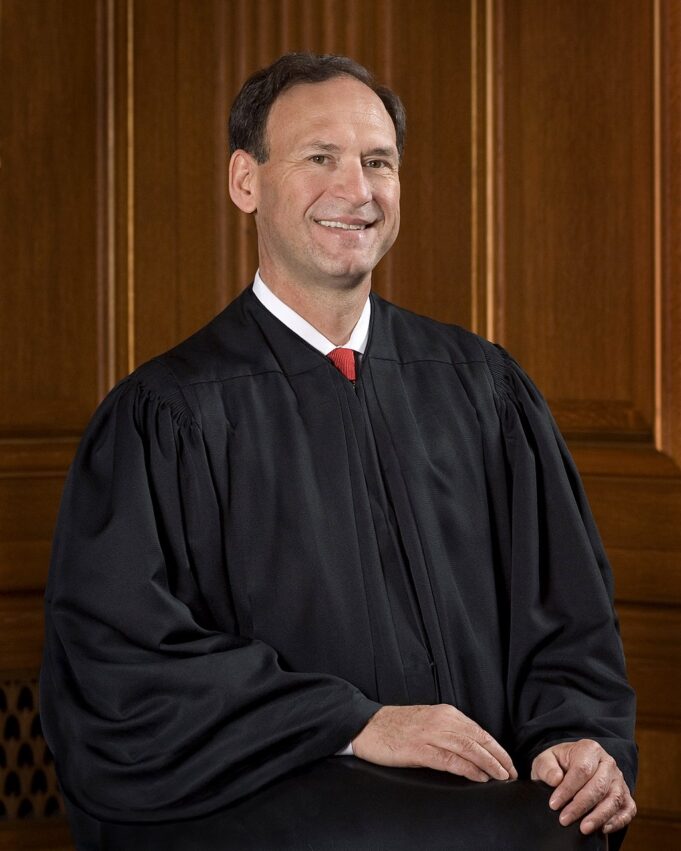 Supreme Court Justice Samuel Alito and his family have moved to an undisclosed location for their safety.

The development comes days after a draft opinion from Alito leaked, indicating that the Court’s conservative majority would overturn Roe v. Wade.

Breitbart is reporting that this happened after militant leftists began making threats to the justices, as well as organizing protests in front of their homes. The leftists include the group Ruth Sent Us, a nod to Ruth Bader Ginsburg. The irony in that choice of name is that RBG thought as Alito wrote, Roe v Wade is a poorly argued decision. Anyway, the group is on social media calling on protesters to gather during church services as well as out in the streets. The group likes Senator Gillibrand’s hysteria around the leaked draft of an opinion written by Alito.

Stuff your rosaries and your weaponized prayer.

We will remain outraged after this weekend, so keep praying.

We’ll be burning the Eucharist to show our disgust for the abuse Catholic Churches have condoned for centuries. pic.twitter.com/1UxAkyuXTg

Everything @SenGillibrand said, except we’re not waiting six months and then voting in hope of @SenateDems freeing us of this lying SCOTUS.

Protests have occurred in front of Chief Justice Roberts’ home as well as Justice Kavanaugh’s home. Police have broken up the protests, according to reporting, but so far I haven’t read about any arrests. There is no doubt that things will escalate as we approach the time when the court releases the final decision.

A protest is planned for Monday in front of Alito’s home.