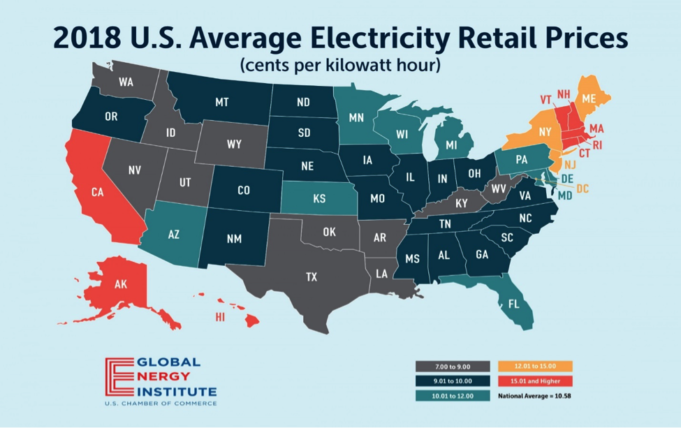 Perhaps that is because the Regional Greenhouse Gas Initiative with its innocent and almost benevolent sounding name is at the end of the day a carbon tax, probably one of the biggest political nonstarters around the world today.

From Canada to Australia, this tax has been a massive loser and taxes of the sort even sparked the violent “Yellow Vest” protests in France as they harshly impacted middle- and lower-income citizens.

So, it makes sense that Virginia Democrats, all of whom voted FOR the tax last session, would try and keep mum about their support for a massive tax on average Virginians.

The counter argument, against all logic and public, government statistics, is that the RGGI tax will somehow REDUCE energy costs.

This seems to be nothing more than grasping at straws to promote their elitist, virtue signaling climate policy considering the actual numbers not only from the SCC and Dominion Energy, but from every state with this kind of tax highlight that cost increases are inevitable.

Consider the above picture from the US Chamber of Commerce.

Virginia isn’t quite in the lowest bracket, but it is close with electric rates below the national average. It would certainly seem crazy to willingly self-inflict and thrust the Commonwealth into the higher brackets where RGGI states currently sit.

Let’s not discount that the RGGI tax will absolutely impact gas prices as well, adding further insult to injury among average, working class Virginian’s trying to pay their electric bills. Simply look at the great state of California who holds the model for climate action in the eyes of Democrats. Gas price soaring past $4 dollars and the highest electric rates in the country.

RGGI states have seen a significant drop in production, why would energy intensive industries stick around Virginia when they could head to any number of surrounding states without punitive, and regressive energy taxes and lower costs? Couple this with the move to repeal right-to-work and Virginia Democrats platform is completely anti-consumer and anti-business.

So much for that “Number 1 State for Business” ranking should Democrats take the majority.

If RGGI was put to a ballot measure tomorrow, it would fail outright. Democrats in the House and Senate know that, as well as the Governor. That’s why they are all hoping that their tax increase doesn’t become an issue of discussion.

Of course, if Democrats win then there will be nothing stopping Governor Northam from issuing this massive gut punch to the Commonwealth.