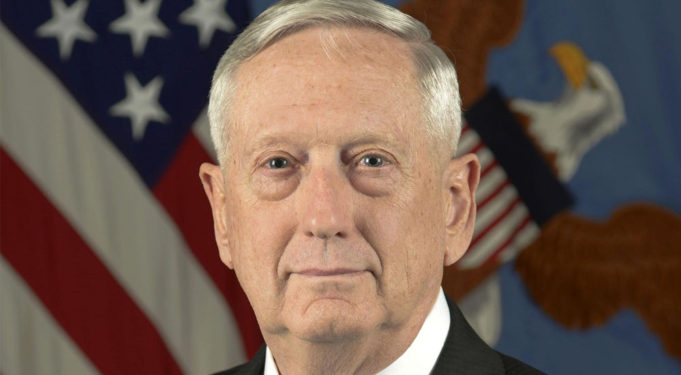 So who killed the bill that would remove funding from the military budget to pay for the transgender surgery and hormone treatment for those serving in the military?

According to multiple reports, Secretary Mattis asked the bill’s sponsor — Rep. Vicki Hartzler (R-MO) — to allow a six month review to conclude first, ostensibly to review the bureaucratic and legal impact of banning this controversial and politically charged process.

According to CNN, a mutli-stage process was to have concluded as of July 1 to permit transgenders to openly serve in the United States military.

This process was something Secretary Mattis stopped cold with a six-month mandatory review to ascertain the impact the policy would have on military readiness, all at the behest of military brass.  Concurrent with that was a request to stop the amendment to the National Defense Authorization Act (NDAA) from Hartzler that would remove funding from the budget altogether during the six month review.

Hartzler refused — and the Trump administration swung into action, finding the 24 Republican votes necessary to allow Secretary Mattis’ six month review to move forward.  One of those votes?  Virginia’s Rep. Barbara Comstock — who was promptly filled by the predictable one for responding to the Defense Department’s request.

Of course, Democrats have claimed the forced vote as a small victory in a season with precious few for the left to count, and for clearly different reasons than Mattis and the Trump administration intend.  That hasn’t stopped a limited number of malcontents from braying for Comstock’s head.

…but if the opinion of the military brass — including Secretary Mattis — regarding military readiness means anything, then it means we study the impact to the warfighter.

Not only should the policy be weighed in terms of addressing unit cohesion, but by ensuring we are on the proper legal footing to defend against the onslaught of legal challenges that left-wing organizations such as the Human Rights Council and ACLU will surely mount.