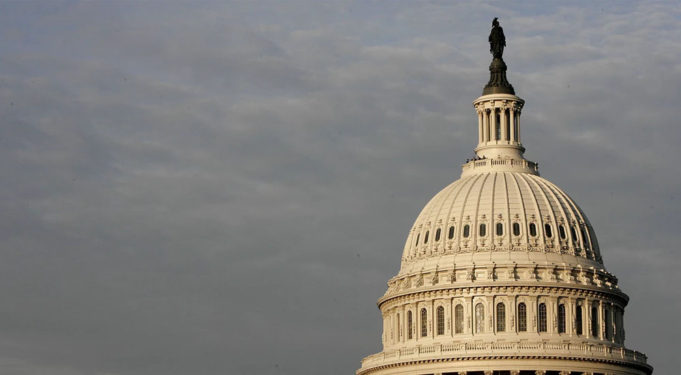 To no one’s great surprise,  poll numbers for President Donald Trump in the recently released ABC/Washington Post are headed in the wrong direction — maybe.

Well, it’s the wrong direction if you are President Trump or want him to pass his agenda.

It’s the right direction if you are trying to slow, hinder, stop or #RESIST the Donald’s agenda.

Here goes the data dive from the poll which self identified into 33% Democrat – 26% Republican — 34% Independent or +7 Democrat. Now, you might say that you disagree that the country is +7 Democrat. Regardless, that is the base line for the poll. Also remember that Independents are #Winning. In Virginia, recent polls AGREE that 37% of voters I.D. themselves as Independent.

The ABC/Post Poll has Trump’s Approval at 36% and Disapproval at 58%. Bad, right?

AWFUL. (again, IF you are not a fan of the President, you might love these numbers)

As I wrote at the beginning of the Obama presidency, I flat out disagreed with all the conservative pundits and leaders who wanted the new president to fail. If the American president fails, America fails. If America fails, freedom fails. It’s bad.

So, the numbers are aren’t good.  Especially when Donald Trump always noted how great his numbers were –- even when they were not.

In a previous post, we tasked readers with going into the deeper elements of the rich trove of data that polls offer to see where the “game” will be played next. The first part of the WaPo poll does not disappoint in this regard. Note –- some polling firms release their results over time to increase their value/website traffic/social impact.

BUT the very next question is YUGE (bigly) and might even overshadow his overall Approval numbers.

Franky, the next question gives Republicans a messaging escape hatch and should cause Democrats to rethink their own messaging going forward.

Negative 22 points on Overall Approval yields very quickly to his PLUS 2 numbers on Donald Trump and his handling of the economy — where he is 43-41 Approve/Disapprove.

Polls like the ABC/Post Poll ask a lot of questions and they get a lot of answers that make for great media content and it accurately reflects public opinion. Ask someone their opinion and you’ll get an opinion.

What you rarely get to see is what issues people actually care about to the point they DO something. Movement.

Democrats can stop every aspect of the Trump agenda but if it hurts the economy or is perceived to hurt the economy by Independents, they could lose political momentum.

Opioid addictions are a national health crisis, right? A hit of heroin on the streets of Baltimore can be as low as $6. Tens of thousands of people are dying from this epidemic. Do you have an opinion? Probably. If it has had impact on your family – as it has ours – you will do something about it. Does it matter if the solution is Republican or Democrat? Hell, no. Solve the life and death threat to thousands.

If you do NOT have a direct relationship to it and you are a high propensity elderly voter more concerned about your investments spinning off enough interest to pay your food/prescriptions/Medicare supplement premium you probably have a different movement threshold.

Sure you CARE about the opioid epidemic, but does that move you to vote one way or the other? Probably not.

With Trump’s horrible overall numbers, what are Republicans likely to do? Focus on the economy and tax cuts to stimulate growth before the recession talk rears its ugly head.

And Democrats? They will likely continue to pound away at Donald Trump but should try to counter the Republican tack towards the economy with their own vision.

This is where both can overplay their hands. Democrats can stop every aspect of the Trump agenda but if it hurts the economy or is perceived to hurt the economy by Independents, they could lose political momentum.

On the other hand, if the GOP continues its infighting and fails to pass anything, they will suffer at the polls and more likely than in the past – during the nomination phase.

What both parties have in front of them is the buffet at Trump Tower – they can pick and choose what they want without being tied to the negative 22 points. Both parties and their elected officials can easily say, “Yes, we disagree with the Donald Trump on this or that… but I agree with him on this or that which helps my district and/or America because…”

Because of that historic campaign phrase from 1992 when Arkansas Governor Bill Clinton upset out of touch, tax raise pledge breaker President George H.W. Bush by focusing on “It’s The Economy, Stupid.”

Can you remember an election that wasn’t?

Recently, a very successful, retired career politician was speaking to an audience and said, “…I realized how much energy we waste fighting with each other over things that don’t matter.”

Bill Clinton. At an event where that was honoring his former opponent, President Bush I – a man he “liked and respected…in some ways I literally came to love.”

Polls are important and have a ton of information.

Some of it matters.