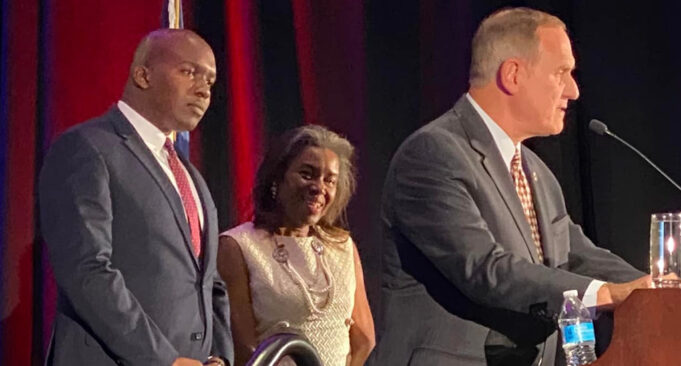 It is not often that one would find credible reference to Reverend Al Sharpton in this publication. This instance, however, offers an oddity that Republicans everywhere should take interest in.

During a recent appearance on “Morning Joe”, the Reverend gave way to his normal ultra-left-wing invective and sounded the alarm bells, signaling the Democrat Party’s worst nightmare.

For years the Democrat Party has maintained a monopoly on the support of diverse voters. As Rev. Sharpton highlights, the new left’s sprint to the extreme left is delivering a self-inflicted existential punch to the party’s gut.

The Democrat Party has lost its identity and with it, the vote of those from communities of color, with whom they no longer identify.

Rev. Sharpton cites the Democrat’s inability to understand the debilitating pressure put on diverse families as a result of rising crime, unchecked inflation, and skyrocketing gas prices. As if calls to defund and abolish the police weren’t enough, the Democrats capitalized on their reckless abandon for diverse families during the recent spike in gas prices. Rather than finding solutions to the bank-busting fuel prices, devoid of empathy, Democrat leaders attempted to shame families into buying exorbitantly expensive electric cars.

In Virginia, the Democrat-controlled state senate blocked an attempt by Republican governor, Glenn Youngkin, to create a gas tax holiday, which would have trigged an average $0.25 decrease in gas prices. Democrat forces continue to push back on the Governor’s elimination of the grocery tax and other regressive taxes, all measures aimed at reducing the cost of living in Virginia. These actions are common sense policies that undergird the core of making life more affordable for everyone, especially those in diverse communities, who currently suffer the most.

Understanding real life and the real impacts of government’s decisions is something the Democrat Party is no longer capable of. According to Rev. Sharpton, the “limousine liberals” and “beltway elitists” currently leading the Democrat Party have lost ground truth of what life is like for those in diverse communities. This loss has put liberals on a crash course to their death knell, leaving diverse communities to jump ship.

But, upon shedding themselves of the now unrecognizable Democrat Party, where do diverse voters find their political home?

In a two-party system one would assume that they simply become Republicans. There is possibly no greater fallacy. Diverse voters leaving the Democrat Party find themselves in a political purgatory, in search of a set of values that they can subscribe to.

This is where opportunity abounds for Republican leaders. Republicans have a chance to make the right appeal to diverse voters through engagement and messaging. If done in a way that conveys how conservative values align with the personal core values of diverse voters, Republicans can usher in a shift of support from these communities. The investment in strategic messaging and effective engagement of diverse communities will pay exponential dividends in November, and more importantly over time, as Republicans win and pass legislation that positively impacts the lives of those from diverse communities.

Republican Congressman Jack Kemp often said, “People don’t care how much you know until they know how much you care”. Sending grandiose mailers or visiting a church just days before an election doesn’t show how much you care — it’s the status quo of courting minority voters, who see right through it.

It is high time to go beyond just courting and graduate to building sustained relationships that shows just how much Republicans care.

Not only do Republicans have the value base for diverse communities to align with, but we also currently have the leaders, like Governor Glenn Youngkin, Lieutenant Governor Winsome Sears and Attorney General Jason Miyares — the most diverse administration in Virginia history — who can take the actions to display these values in care.

The onus is now on Republican Party leaders to carry the banner; and do the hard work of engaging with and messaging to diverse communities in a relevant, strategic, and sustained way.

As the party looks to replicate its recent victories, this is the path of mutual benefit for the Party and for the diverse communities looking for a political home.

TIM PARRISH is the former Chairman of the Prince William GOP and chairman of Right Appeal PAC, a national political action committee dedicated to connecting the GOP and diverse communities.