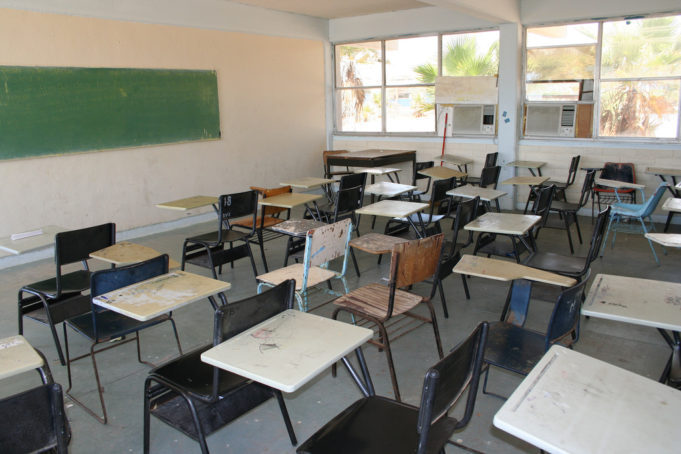 HERNDON, Virginia – Panelists at the Republican Advance told attendees at a school choice breakout session that the goal of GOP efforts is to get tax dollars to follow children even when they leave public schools, providing more opportunities for families. Panelists described the push for school choice as a way to empower parents and use capitalism-style competition to motivate improvement in public schools without dismantling the system.

“We need to make sure we’re not so focused on school choice, which we should be – I mean, that is one of the pathways to a better education – but focusing on the fact that we need to find ways to better educate our children should be the primary goal,” former Loudoun County School Board member Jill Turgeon said at the Saturday breakout session.

“This created a certain poisonous atmosphere when we started talking about freedom-based choices here in Virginia,” he said.

Virginia Beach School Board Member Laura Hughes said, “I’m sorry, they’re [charter schools] government schools, which is not a problem if you have good government, but there’s always this battle between good government and bad government.”

Turgeon told the group of GOP insiders that school choice advocacy doesn’t have to be a Republican-only issue, and to lay the groundwork for legislation by focusing first on education, then advocacy. She also warned against messaging errors like saying all public schools are bad and attacking or accusing opponents.

Middle Resolution PAC President Craig DiSesa noted that parental desire for say in schools was at least part of the reason Governor Glenn Youngkin was elected. Youngkin himself promised to launch “20 innovative charter schools” on day one, but that was quickly stymied by the Democrat-controlled Senate.

Many but not all Virginia Democrats fear that charter schools and other school choice legislation will divert needed funds from struggling public schools.

“That locality still continues, under law, to get the federal funding for another three years; it continues to be able to get the local funding,” he said.

“The state is taking in more than it is losing to that program,” he said. “The students are getting funded, and everything’s fine. That offers 90 percent of the state funding, the other 10 percent goes for the overhead, okay? But no, it’s the big lie technique, and if you keep rattling off the big lie, eventually everybody’s going to believe it.”

With charter schools dead for 2022, Republicans have pivoted to lab schools, schools operated as a partnership between higher-education institutions with education programs. Expanding Virginia’s lab school law has received more support from Democrats, but key differences remain between Republicans and Democrats. Lab school legislation is awaiting a compromise in the General Assembly special session.

Braunlich said he wrote Virginia’s original lab school legislation. He said that lab schools aren’t charter schools, which are operated independently with their own governance and curriculum.

“That’s the fundamental difference: it is still, to use you’re [Hughes’] term, a government school,” he said.

“It’s not independently operated. But it would take the control of it out of the local school system in a partnership situation and give parents a taste of something other than what they’ve already had,” he said. ” And I think that’s the main advantage to passing a college lab school now, it opens it up.”

Braunlich said, “This would open up opportunities to be able to point to it and say, ‘Look, it worked here. Why don’t we try this?’”