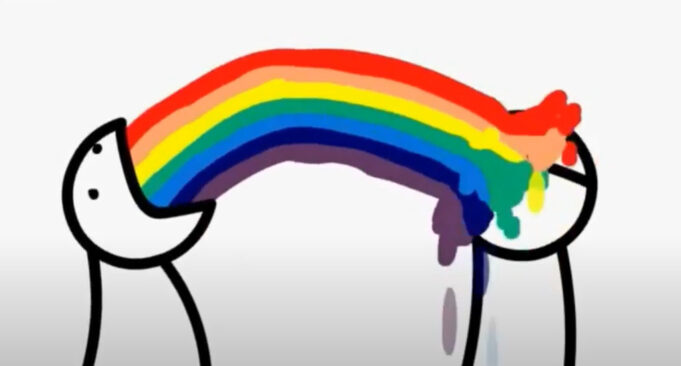 On Wednesday evening, an hour and a half before a reserved Family Foundation gathering in a private room, Metzger Bar and Butchery denied entry and service to the pro-family group, solely based on their political opinions and religious beliefs.

“It is alarming and disgraceful that this restaurant has a political litmus test to get in the front door,” said Victoria Cobb, President of the Family Foundation.  “All Virginians should be concerned about this extreme bigotry and intolerance of people of faith, irrespective of their own political or religious beliefs. Everyone should be concerned that Virginians are being denied access in the marketplace, solely based on their beliefs.”

Cobb continued, “We live in a free market and people have many choices of where to dine, so we took our business elsewhere. Metzger’s has now isolated a wide base of customers who would rather go elsewhere than patron a bigoted restaurant. Most Virginians are charitable and would not only serve people with differing political or religious viewpoints but would share a meal with them and enjoy the exchange of different viewpoints.”

Metzger Bar and Grill isn’t precisely backing down, either for their rationale or their reasoning as to why they disinvited the socially conservative think tank from their doors:

Metzger Bar and Butchery, in Richmond’s Union Hill neighborhood, posted a statement Thursday night on Instagram about the decision to cancel the Family Foundation’s reservation Wednesday. “Metzger Bar and Butchery has always prided itself on being an inclusive environment for people to dine in,” the restaurant said in the statement. “In eight years of service, we have very rarely refused service to anyone who wished to dine with us. Recently we refused service to a group that had booked an event with us after the owners of Metzger found out it was a group of donors to a political organization that seeks to deprive women and LGBTQ+ persons of their basic human rights in Virginia.”

Family Foundation President Victoria Cobb wrote in a blog post Thursday that the foundation’s vice president of operations got a call from Metzger about an hour and a half before the 7 p.m. Wednesday reservation notifying her of the cancellation.

Comparisons to the lunch counter protests of the 1960s were instantly raised by many on social media, to which Metzger’s seemed to have shrugged off.

Yet Kate Andrews with Virginia Business Magazine pressed the question further by asking one of the heroes who were members of the “Richmond 32” who took on the Tallheimer’s lunch counter policy of refusing service to African-Americans:

Elizabeth Johnson Rice, now an 82-year-old retired teacher living in Chesterfield County, was a member of the Richmond 34. She said the situation surrounding the Family Foundation and Metzger is somewhat different than the sit-in, one of numerous nonviolent protests conducted in the 1950s and ’60s to oppose racial discrimination against Black people. Those protests often led to arrests, violence against protesters and sometimes deaths.

On Feb. 22, 1960, Rice and her fellow protesters were arrested and charged with trespassing, taken to jail and then released on bail. In March 1960, they were all convicted of trespassing and fined $20 each, but the students all appealed the decision to the Virginia Supreme Court, which ruled in favor of the store owners’ right to forgo service. Ultimately, in 1963, the U.S. Supreme Court ordered a repeal of the 34 students’ convictions in a victory for the civil rights movement.

“We were going for equal justice for all,” Rice said Friday. “We were trespassing because we didn’t get service. [As Black people], if we wanted to eat anything [from Thalhimers’ lunch counter], we had to go into the alley and knock on the little door. That was really Jim Crow.”

Rice said that she still believes in equal rights for everyone today, including the right to marry someone of the same sex, but at the same time, she feels the Family Foundation party was “not being treated fairly” by Metzger Bar and Butchery. “Their reservation should be honored in 2022.”

In Charlottesville in the wake of the “Unite the Right” alt-right Citronella Nazi parade of 2017, many businesses advertised rather freely that conservatives — not just alt-right sympathizers — would not be welcome in many of the businesses along the downtown mall.

In 2018, Lexington based Red Hen Restaurant refused service to then-Trump press secretary and now Governor-elect Sarah Huckabee-Sanders.  More recently, this November 2022 the outspoken and conservative small business Gourmeltz was raided by the Virginia ABC in a tit-for-tat for selling alcohol without a license during the COVID-19 pandemic.

While the current controversy over forcing a business to “bake a cake” or serve a meal continues, the most recent flare up in Richmond doesn’t point towards a more kind or less coarse culture.