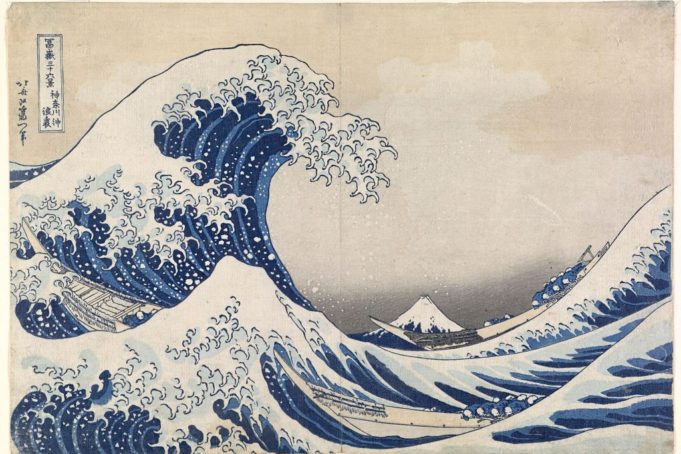 We’re a few days removed from the recent unpleasantness, and we’re starting to see some narratives come together about what happened and why.

The knee jerk reaction, via Twitter, came immediately after the election from President Trump himself, arguing it was clearly the failure of Ed Gillespie to not embrace him that cost Gillespie the election.  This was followed up by Trump’s dingleberry, Corey Stewart, arguing Republicans in Virginia had nominated a moderate and got what they deserved.

Here is why this narrative from the President and Corey Stewart is weak bullshit:

The idea that Gillespie didn’t embrace Trump enough and the result was Trump supporters stayed home is wrong.  What happened was Ed Gillespie broke the record for GOP turnout in a Governor’s race – his nearly 1.2 million votes in the election was more than any GOP governor candidate in history.  In fact, it was more than any successful gubernatorial candidate in Virginia history…other than Ralph Northam.  Gillespie did as well as anybody could have expected.  That he kept the race as close as he did in this environment, and earned the number of votes he received, is a good thing.  That sets a bar for future gubernatorial candidates.  The same can be said for Jill Vogel and John Adams – both solid candidates that would have easily been elected in any other political environment than this one.

Northam’s 1.4 million votes was unprecedented.  No statewide candidate in the history of Virginia has ever gotten that many votes in a non-presidential election.  In fact, Northam also beat every elected US President in history, other than George W. Bush (only his second term, though) and Barack Obama. He was only 50,000 votes away from beating John Kerry’s total in 2004.

The Democrats deserve the credit they’ve earned – they finally cracked the code on how to beat the normal off-year election ennui that tends to infect their party.  All it takes is the most hated sitting president since Richard Nixon, coupled with a white supremacist murdering an innocent woman on hallowed Virginia ground in Charlottesville.

There could not have been a worse year for Republicans to run.  Trump’s approval ratings with the general public in Virginia hovers somewhere between horse manure and polio, yet his approval ratings with Republicans remain steadily high.  This forces a Republican candidate to have to walk a knife’s edge – distance too far from the President and you risk alienating your base, hug him too closely and you risk turning off independents and suburbanites who do not support the President.  When it comes down to it, many Republicans hate the Republican Party right now – either because they don’t like Trump or they don’t like the establishment, or they don’t like that we control everything in Washington and nothing is getting done.  That translates into people either leaving the party, or independents who tend to vote Republican not doing so to “send a message”.  You also have the fact that the entire Democratic party, from the middle to the far left, hates Trump so much they will crawl over broken glass to give him the finger, and if they can’t do that, they’ll give it to you and tell you to send him the message.  That puts every Republican candidate in an impossible position, and whatever happens, somebody is going to say what they did was wrong.  And that’s true – sometimes there is no right answer, except not to play.

Trump cost Republicans the large majority they’ve enjoyed in the House of Delegates for nearly a generation.  Candidates from across the entire political spectrum on the GOP side, from moderates to super conservatives, lost.  People who loved Trump and campaigned with him, and those who kept him at arms length both lost.  Why?  Because they were Republicans, and this campaign season wasn’t about policy or local issues, it was about Democrats getting even and sending a message to Trump, and nobody – not even your most ardent #nevertrump supporter – would have been immune.

I’ve got to hand it to my friend Dave Albo – he’s one of the smartest guys in politics and he’s got to be savoring his decision to retire rather than be a part of the bloodbath Tuesday night.  He decided not to play – one of the only right decisions a Republican could have made this year – and that’s why he’s one of the biggest winners right now.

Furthermore, all the folks out there who think political gerrymandering is a huge issue just saw their primary arguments blown up in their faces. More than a dozen carefully drawn GOP districts saw long-time incumbents lose.  No amount of gerrymandering was going to save those seats, and they didn’t. Perhaps now we can stop pretending that the push to oppose gerrymandering is really that necessary.

If we’re going to figure out how to get back on course, the first thing we need to do is be honest with ourselves.  Whether you like Trump or you hate him, most Virginians do not find his style of politics palatable, and while he is President those voters are going to take that dislike out on our Republican candidates, at all levels.  Remember, he did not win Virginia, something Corey Stewart seems to forget. Thus, you can expect that any Republican held districts where Hillary outperformed Trump in 2016 are going to flip, if they haven’t already done so.  Statewide, it’s going to be extremely difficult for Republicans to win so long as Trump is as unpopular as he is.  I am also very concerned about our Congressional seats next year, especially the 6th District, where Bob Goodlatte has announced his retirement as I wrote this article.

As for next year’s Senate race, if Corey Stewart wants it, I say let him have it.  Watching him get destroyed by the Democrats’ Pretty Hate Machine – which he helped build, thanks to his Confederate statues idiocy – will be almost as much fun to watch as Bob Marshall losing to a transgender woman.

The next three years are going to be challenging for the GOP in Virginia, and there is no amount of politicking, cute and clever advertisements, or manufactured outrage that is going to change that.  We simply must endure, like the Democrats have had to endure, knowing the pendulum will swing back in our direction eventually, and the albatross around our collective necks won’t be there forever.

Our majorities, at all levels, are likely living on borrowed time.  Thus, it’s in everybody’s best interests if our elected officials take advantage of that fact and govern like there will be no tomorrow for them.  Get good policies done that solve problems and help people, and don’t worry about reelection.