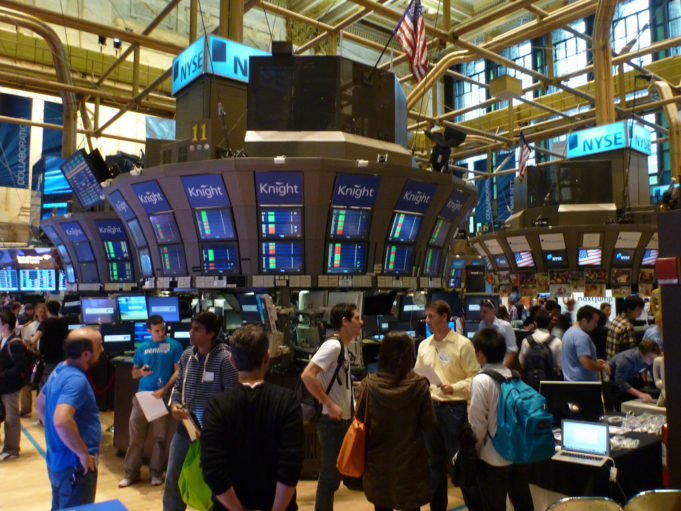 Stocks took a beating today as the Dow Jones Industrial Average ended the trading day down 425 points, 1.73 percent. The market had a slight uptick from mid-day as the stock exchange was reporting the Dow was down at least 600 points at one point. The Nasdaq also did not fair well as the index fell by 121 points, 1.7 percent.

The Dow did not take the big hit following any controversial news from the White House, though. Axios reports that the drop was caused by three primary factors.

The first time since 2014, 10-year Treasury yields hit three percent. Analysts claim that the four-year high could spur some big investors to take money out of stock investments and put it into bonds citing continued inflation troubles.

Bradley Halverson, CFO of Caterpillar, the heavy equipment and machinery manufacturer, told market analysts earlier the the first financial quarter would be, “the high watermark of the year.” Nonetheless, Caterpillar easily beat quarterly earnings estimates, but still finished down more the six percent at the end of the trading day.

TheStreet reports that Halverson also said that following the steel and aluminum tariffs announced a few weeks ago, there will most likely be losses stemming from other commodities that dependent upon the pricing from that market.

“We expect steel and other commodity costs to be a headwind all year,” he said.