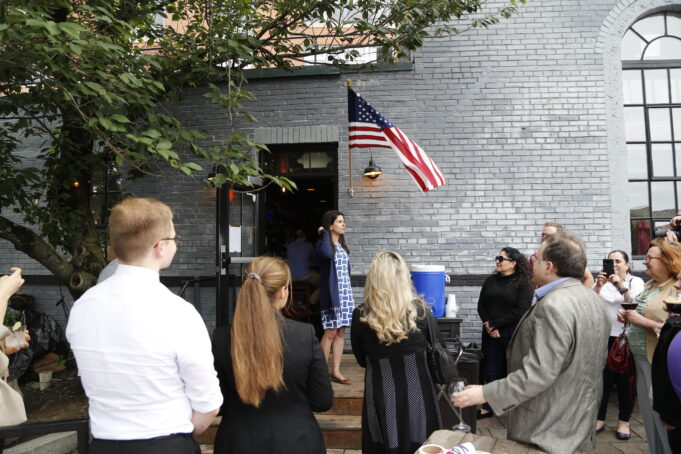 Virginia’s current 8th District Congressman  – Democrat Don Beyer – is working on a bill that would tax AR-15s at 1,000% via an excise tax.

Although no legislation has yet been formally introduced, Beyer told Business Insider that the idea was a “creative” way to “make some sensible gun control happen”.

Beyer is a member of the House Ways and Means Committee which writes tax policy.

Karina Lipsman – officially nominated last month to be the Republican’s choice to take on Beyer in the 8th District this fall –  exclusively told The Republican Standard her thoughts on Beyer’s radical proposal.

“The rise of gun violence is absolutely heart-breaking, and we must take serious action to address the root of the problems in our society contributing to this. Sadly, Don Beyer’s proposal is nothing more than political lip service. The answer is not to raise taxes and think the problems will go away. You don’t stop car accidents by raising taxes on cars. Raising taxes is what politicians do when they fail to govern: it’s an uninspired easy out that some consultants on K Street said would look good in a press release. I am committed to addressing mental health issues and ensuring our communities have the training and resources to identify the patterns of someone who wants to harm themselves or others.

If someone wants to harm others, they do not need an assault rifle. Mental health is the real problem that needs to be addressed. In the 1970s the government shutdown mental health facilities across the country claiming patients should be allowed to self-medicate. The government turned the other way, and now we have a mental health crisis. Some politicians simply want to tax the problem out of existence – it doesn’t work like that. Our focus needs to be on solving the root cause. Today, hospitals have less than 20% of dedicated beds allocated to mental health patients because financially the government only subsides beds for medical issues. The number of incarcerated individuals who suffer from mental health is over 60%. This problem will only continue to get worse if political leaders do not have the courage to act. It’s disappointing that as the most prosperous country in the world, we have neglected the important and ever-growing issue of mental health. As a Member of Congress, I will make addressing mental health, not raising taxes, a top priority.”