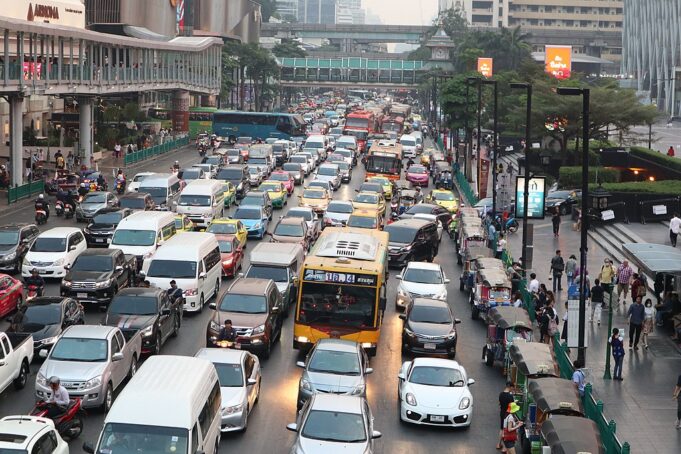 The Virginia state House Democrats announced a proposal to give a $50 tax rebate to Virginia car owners, up to $100 per household — a counter-proposal to Governor Glenn Youngkin’s call for a months-long suspension of Virginia’s 26.2-cent gasoline tax.

“Unlike the plan proposed by Governor Youngkin and supported by Republican members of the General Assembly, the House Democratic plan will send funds directly to Virginia drivers and at less than one third of the cost,” the caucus said in a Friday press release. “Last week, Governor Youngkin said, ‘We can’t guarantee anything,’ when asked if his plan would pass savings to consumers. This matches criticism by legislators, business leaders, and economic experts who say that consumers would see little, if any, savings from such an action.”

Speaking about federal policy on Thursday in the U.S. House Energy and Commerce subcommittee, State Representative Don McEachin (D-VA-04) opposed a federal gas tax holiday and called instead for direct payments to Americans, according to The Richmond Times-Dispatch.

For the tax rebate to be enacted, House Democrats have to convince House Republicans and Youngkin’s administration to support the rebate. In other financial relief policy proposals considered in the House of Delegates, Republicans have generally preferred broad tax relief, while Democrats have preferred more targeted refunds or credits, often aimed at lower- and middle-class Virginians.

“Looks like the answer to ‘what about small businesses who need help with gas prices’ under the @VAHouseDems plan is ‘sucks to be you,’” tweeted Garren Shipley, spokesperson for Speaker of the House Todd Gilbert (R-Shenandoah).

Youngkin spokesperson Macaulay Porter didn’t provide an estimate of the average savings to Virginians under the tax holiday proposal, but said in a statement,

“The governor appreciates that Democrats are finally realizing the impact rising costs are having on Virginians, but their new brainchild does nothing to lower gas prices and is ripe for fraud. Just yesterday even New York Democrats confirmed a gas tax holiday is the best way to deliver lower prices at the pump immediately. If Democrats in Virginia were serious about helping Virginians they’d suspend the gas tax and also deliver the billions in tax relief Virginia veterans, workers and families deserve.”