Home News Virginian-Pilot Expected To Cut 10% Of Its Workforce 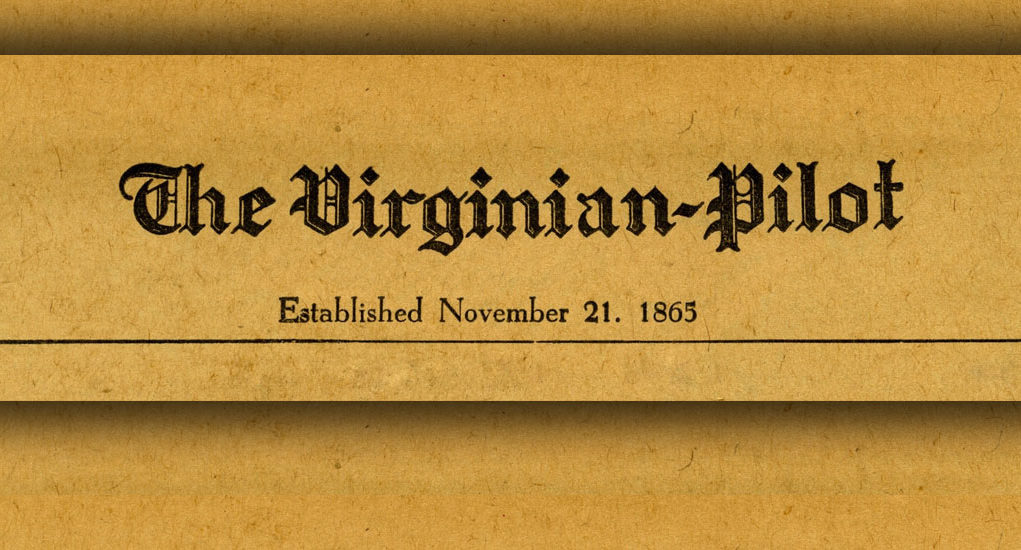 Despite the ribbing and rivalry between digital journalism and the legacy media, you never really want to hear stories such as these.  From the Virginian-Pilot:

Richardson said the cuts are expected to result in a reduction of less than 10 percent of Pilot Media’s workforce of 543 people. Pilot Media owns a number of print and online publications, including The Virginian-Pilot. Richardson said about 70 people qualify for a buyout.

Richardson said the newspaper would “try to hold onto those elements of design that make us who we are,” but said the company’s focus remains on pivoting to digital.

For those curious as to how well the Virginian-Pilot’s pivot to digital is working?  Extremely well, as the publication outranks even the flagship Richmond Times-Dispatch in every measurable social media metric.

Of course, one couldn’t help but notice this subtle dig:

The newspaper, like others, has been losing print revenue as advertisers themselves shrink, including large retail chains affected by the growth of Amazon.com. The company’s digital revenue has been growing, Richardson said.

“We’re profitable,” she said. “Pilot Media Companies is profitable. But our print revenues are shrinking at a faster pace than our expenses are.”

The Washington Post’s parent company is owned by Jeff Bezos, CEO of Amazon.

One might content that the difficulty with any large institution is providing a quality product folks (1) want to read and (2) can read — everyone else settling for niches within the first camp such as The New Yorker or National Review or opting for the lower rung of smash-and-grab tabloid journalism in the second camp.

Certainly there are many legacy media outlets that simply seem content to drown rather than adapt.  Certainly there are a good two dozen Virginia political writers and analysts content with publishing online for peanuts or less — or as adjuncts to the larger publications such as the Washington Post.

The problem unfortunately cannot be laid entirely at the feet of digital media.  Trust and credibility are tricky things, and as the mainstream media has demonstrated a proclivity for placing their thumbs on the scales in the manner and tone of their coverage, so too has the public taken notice.

This is not to argue that the Virginian-Pilot has engaged in such behavior — far from it.  But it is to argue that with a shifting definition of media and authenticity in the public square, the mainstream print media publications have been recalcitrant at best to adapt to the times.

In many respects, the Virginian-Pilot is ahead of that curve, even if the painful decisions today are precisely that.