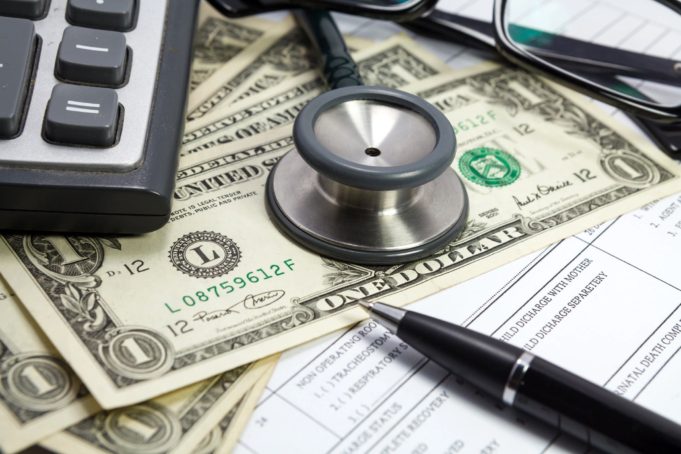 With Governor Northam demanding unconditional and “straightforward” expansion without waivers, the Virginia State Senate is prepared to take on Medicaid expansion in the upper chamber, while House Republicans continue to deliberate market-responsive alternatives that would link health care expansion to work requirements while seeking for any future funding to be block granted by the Trump administration.

Michael Martz over at the Richmond Times-Dispatch has the scoop:

The Senate Education and Health Committee plans to hear presentations Thursday for three proposals to expand the state Medicaid program through legislation, which, if any of them pass, would promptly go to the Finance Committee as it grapples with the parting proposal by then-Gov. Terry McAuliffe to take more than $3.2 billion in federal money to expand health coverage in the two-year budget.

The committee also will hear an alternative approach by one of its members, Sen. Siobhan S. Dunnavant, R-Henrico, who proposes to expand an existing federal Medicaid waiver for a limited range of services while preparing for a “global waiver” to totally redesign the state program in the future.

Northam has made it clear that he is opposed to a work requirement for any future health care reform package, one that Republicans will undoubtedly require as a part of any long-term solution.

Additional concerns rest on whether or not the solution will be implemented through the state budget or whether it will be codified as legislation, a point of contention that may require some negotiation between House Republicans and the Virginia Hospital and Healthcare Association:

Appropriations Chairman Chris Jones, R-Suffolk, made clear Wednesday that he doesn’t expect the decision to be made through legislative changes to the state code.

“The proper place for discussion is in the budget,” Jones said.

His position runs counter to the concern raised by the Virginia Hospital & Healthcare Association that any plan to use a new tax on hospital revenue to pay the state’s share of expansion should be codified through legislation, not just required through the budget, as McAuliffe proposed on Dec. 18.

“This is not our preferred approach,” association spokesman Julian Walker said Wednesday. “We still don’t really like the idea.”

“Anything along those lines has to be at the absolute minimum necessary, but it has to be outside the budget and it has to be managed by the private sector,” Walker said.

To which one might argue that the private sector is probably the best manager indeed — out of the hands of bureaucrats and into the hands of those who know best.  Good examples of what happens when certain promises such as spending half of the proceeds on education do not make it into legislation?  The Virginia Lottery System — where a budgetary commitment turned into a piggy bank overnight.  In short, the health care industry wants to know that hospitals (and the folks who are using health care) don’t see an endless raid that simply serves to drive the cost of health care north of center.

Of course, this is a path that VHHA and others are merely willing to consider, not commit as of yet.  There’s a game of hot potato, and no one wants to be stuck with the consequences should the federal government alter the rules of the game or a future General Assembly chooses to find different budget priorities and lean against the health care industry for more financial support.

State Senator Siobhan Dunnavant (SEN-12) is looking for alternatives as well, ones that include an increase in eligibility for services to 138% of the poverty level as well as raising reimbursement rates to 80% — far more than the 71% currently allowed.

Dunnavant sees the proposal as one part of a broader array of changes to shore up private insurance purchased by individuals who often can’t afford to use it because of high deductibles and copayments, while transforming the way Virginia funds its public programs to improve health care outcomes and control costs.

“You just can’t throw money at it and expand Medicaid, and think we’re going to make it better,” she said.

It is a double edged sword.  The true trick of the matter, though, isn’t necessarily whether the resources come in, but rather how those resources are distributed and who benefits from the distribution.  More importantly for conservatives, will there be assurances such as those procured by Mike Pence in Indiana and Matt Bevin in Kentucky where the monies will be block granted and linked to work requirements.

Moreover, should the federal government either move the goalposts or remove them altogether, whatever system Virginia puts in place must withstand the shock — hence why Sen. Rand Paul’s proposal of HSAs linked to HDIPs creates a path forward that ought to be explored in more realistic form.

Nevertheless, the ideas on how to eat this elephant should be coming fast and furious at this rate.  Time will tell who does the carving.