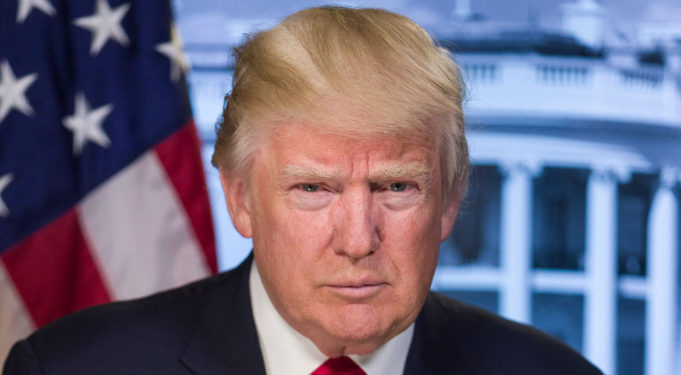 Here’s what I know: Ralph Northam was a good candidate who ran a not-so-great campaign.  The campaign’s messaging (or messaging coordinated by the campaign) had several missteps, including leaving his own lieutenant governor candidate off of mailers, and an advertisement seen as so far beyond the pale—even by 2017 political standards—that it got pulled.

It didn’t matter.  In hindsight, I think Northam would have won even if his commercials had consisted of him reading a phone book for 30 seconds at a time.

Not only did Northam win, but he exceeded expectations, with a comfortable margin of victory in what most expected to be a down-to-the-wire affair after Northam’s support waned in the run-up to election day.

During the campaign, Democrats (with the usual help from mainstream media members) crafted a narrative in which Gillespie was a Trump clone—an alt-right sympathizer who had “embraced hate” in order to try to win an election.  Never mind the fact that Gillespie was the first gubernatorial candidate in Virginia since 1973 who didn’t campaign with the sitting president of his own party.

But let’s say we accept the progressive premise that Gillespie ran a “bigoted” campaign.  Ok.  That doesn’t do much to explain why people like Eddie Whitlock and John O’Bannon lost House of Delegates seats that the GOP had won unopposed multiple times leading up to 2017.

In short, whatever kind of campaign Gillespie ran doesn’t track with what happened to someone like Cheryl Buford.  Buford, a former schoolteacher, ran a smart, clean campaign and certainly did nothing to warrant losing by more than 20 points in a swing district.

But that’s the point.  For the Republicans to go from a near-supermajority in the House of Delegates to (at best) a tie is a dramatic shift that can’t be laid at the feet of Ed Gillespie [EDIT: The GOP appears to have barely held on to a majority in the HoD].  With all due respect to Bill Bolling, I don’t think it’s accurate to pin the blame on “demographic shifts,” either.  The demography of Virginia has barely budged since 2015, when Republicans were winning the very same districts by double-digit margins that they lost last night.

The key for me might be this: Gillespie got over 100,000 more votes than he did in his close Senate-race loss to Mark Warner—but he lost to Northam by a significantly wider margin.  Democratic turnout was massive by off-year standards.  Turnout overall nearly 48%, up five points from 2013, and the highest for a gubernatorial race in a generation.

Therein lies the problem: For once, Democrats have figured out how to channel anti-Trump anger into something productive.

And that development spells potential disaster for Republicans.

The national electoral map (as it looked before this week, that is) was probably never going to get any redder.  The party out of power tends to win state / down-ballot elections.  That’s nothing new.  In fact, the last five presidents have seen their party lose both the New Jersey and Virginia gubernatorial races the year after their election.

But this was no ordinary race.  What’s concerning for Republicans today is how stark the shift was in Virginia.  Democrats lost dozens of state legislatures during President Obama’s time in office—but that happened over eight years.  The massive shift last night was so dramatic that it should give Republicans serious pause as to whether their unprecedented position of power nationwide could evaporate just two years after President Trump took office.

While it’s important not to overstate what last night means on a national level, there’s a lot to be learned.  Perhaps most pressingly, former Republicans or Republican-leaning, college-educated voters seem to be leaving the party.  And voters under 30 are running away.

And, while Democrats alleged during the campaign that Gillespie was Trump Lite, die-hard supporters of President Trump are now trying to pin the loss on Gillespie not doing enough to embrace Trump and follow his playbook.  Advocates of this line of thinking include the biggest die-hard President Trump supporter of them all—President Trump.

The reality is much harder.

If President Trump is purely the result of the proverbial perfect storm—a powerful personality, a too-big GOP primary field, a ticked-off public tired of disingenuous politicians, a very weak Democratic candidate, a few key states breaking Trump’s way—then Republicans’ electoral dominance across the country may be more tenuous than most realized before this week.  Add into that mix the little detail that President Trump already lost the popular vote by millions, and you no longer have a recipe for maintaining broad control of statehouses across the nation.

For my own part, I believed that President Trump’s brand was so distinct from actual conservatism that his high disapproval would have less of an impact on state races than it might otherwise.  After last night, that doesn’t seem to be the case.

President Trump’s personality casts an impossibly long shadow over everything.  He is, in wrestling parlance, an incredibly effective “heel.”  Just as great wrestling heels draw enormous crowds because people want to see them get their comeuppance at the hands of  the “babyface” wrestler, Trump, it appears, inspires enraged Democrats to flock to the ballot box to deliver his.

That is what Republicans face in twelve months—a sizable bloc of angry voters who will show up to the polls and say, “Nothing personal, [GOP candidate].  I’m here to vote against Trump.”

While that phenomenon has existed forever, it has rarely been paired with party defections over tone.  That is a volatile combination with the potential to do unprecedented damage to the Republican Party.

Republicans’ best hope may be that Democrats draw the wrong conclusions from last night’s events.  For instance, thinking that it’s a winning strategy to characterize Republicans as per se racists would be a gift to the GOP on a national level.  Overreach aside, though, running every Democratic candidate against President Trump, from Senate candidates to dog catcher, may not be a bad idea.

It won’t work as well in the Deep South or parts of the Heartland, but that’s the strategy the GOP will have to counter.  Here in the Old Dominion, after the losses we saw last night, heads should roll at the Republican Party of Virginia.

The question is: Will the new heads figure out that the solution to the GOP’s problems is to win back some of the people who detest President Trump?

Tom Garrett is a writer and attorney who lives in Northern Virginia, and is not to be confused with the congressman of the same name.