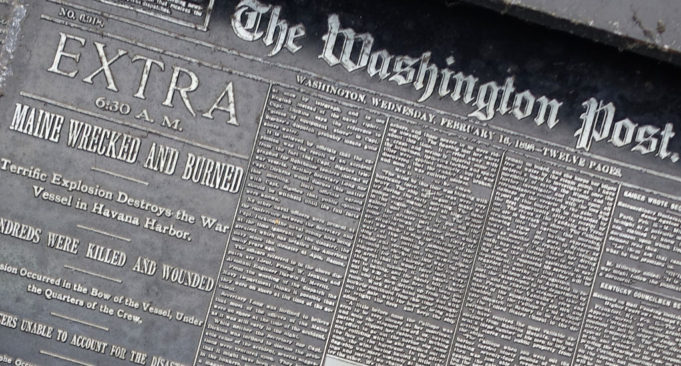 Following Governor Youngkin’s release of a report that found sliding education performance and lowered standards in Virginia, the Washington Post has also released a scathing editorial, calling out Virginia Democrats who cause the educational decline in the first place.

As reported by Fox News, the article offered more critical details than an assessment that came from Virginia superintendent of public instruction Jillian Balow, which found that Virginia students suffered a significant backslide after COVID-19 lockdowns and former Gov. Ralph Northam’s attempts to lower education standards.

“State education officials last week issued a damning report that documented a years-long trend of declining student performance and glaring racial, ethnic and income achievement gaps that have been hidden from public view. Chock-full of data, it cited significant drops in reading scores for both fourth- and eighth-grade students on the most recent National Assessment of Educational Progress administered in 2019, revealing the wide gaps in how students perform on state reading and math assessments compared with the grade-level benchmarks on the federal assessment,” the Post wrote.

The Washington Post previously criticized Gov. Ralph Northam’s efforts to change the state’s Standards of Learning in 2017 and referenced its past comments in their op-ed.

“Among the troubling moves: jettisoning of critical tests, adoption of test score standards to make it easier for students to pass and weakening of regulations for schools. Officials, alas, paid no heed to concerns about the consequences of lowering standards and expectations. Now, we get to say we told you so,” the Post wrote.

The article also mentioned that despite pushback from Democratic opponents, the report proved to be “pretty comprehensive” by former Virginia Board of Education member Andrew Rotherham who was appointed by Democratic Gov. Mark R. Warner.

In closing, the Post called on current Virginia Gov. Glenn Youngkin, who requested the report after his election in 2021, to work towards “meaningful reform” when appointing new members of the state board of education.

“Virginia once prided itself on asking more of its students than what was minimally required by the federal government, and this report should be a call to action for meaningful reform,” the Post wrote.

You know the Democrats have messed up when even media like the Washington Post is blaming the unfortunate state that the Virginia education system is in on them. Luckily, people like Governor Youngkin are here to help put us back on the right track.