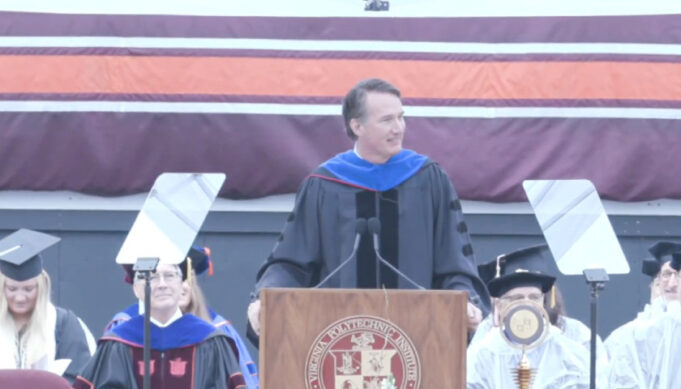 As Virginia schools are facing a teacher shortage unlike one seen in recent memory, Youngkin shares his thoughts on the crisis, and the steps he and his administration are taking to address the issue.

As previously reported, many Virginia public schools are facing a crisis, as the new school year is set to begin in late August but schools are scrambling to address an increase in teacher vacancies. In a recent letter to parents, Fairfax County Public Schools Superintendent Dr. Michelle Reid said the district’s classrooms were only 97% staffed.

“We do have some real challenges in fully staffing teachers across the Commonwealth and I have three thoughts here,” Youngkin told 7News.

“First, it’s one of the reasons why I was frustrated that the budget took so long. I did feel that Senate Democrats really dragged their feet unnecessarily. And yes, we signed the budget in June, but it included a 10% raise for teachers over the next two years along with bonuses and it would have been really nice for the recruiting to be able to start much earlier for these spots with some certainty.”

Youngkin added his administration is looking to reform the teacher licensure process.

“Second of all, we do see particularly in K through 6, special education and in math, some real shortages and we’re working right now with the whole licensure process to be able to hopefully bring back some teachers who may have retired and get their licenses renewed pretty quickly and also, and also to have licenses that can be put in place quickly for new teachers,” said Youngkin.

“We need to bring back some of the great experience that we’ve had, but we also need to build that pipeline of next generation teachers.”

“And finally, teaching is a great profession. You know, I still think of Betty Weaver who was my fourth grade teacher and she had the most amazing impact on my life. And so for anyone who’s thinking about getting into teaching or coming back, please do it because you can make a forever impact on kids in Virginia.”

With the late August start day for the Virginia school year approaching, many schools will need to lean on the increase in pay to not only convince some of the teachers to come back, but to make sure that the rest of them stay in school.