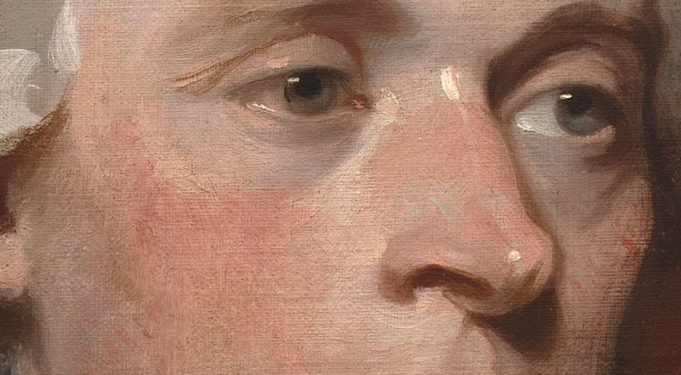 This month, two legislatures convened within 90 miles of each other. Following a raucous start, the U.S. House of Representatives — along with a more sedate U.S. Senate — came into session in Washington. Farther south in Richmond, the Virginia General Assembly — composed of a Senate of 40 members and a House of Delegates of 100 members — convened. And as the oldest continuously meeting legislature in the Western Hemisphere, it exhibits the kind of decorum and order one would expect of a legislative body.

I recall my years serving in the House of Delegates as a procedure-based experience, observing rules established in 1801 by Thomas Jefferson. Legislation was thoroughly vetted and considered. When a bill was introduced by a legislator, the proposal was assigned to a committee of jurisdiction where a debate was heard by advocates and opponents alike. That included evaluating how the proposal comported with both the state and federal constitutions, consistency with statute law, and policy benefits.

If the proposed legislation met these expectations, the legislative chamber that introduced the bill — either the Senate or the House — would then consider it three times before deciding on its fate. If it passed muster in the originating chamber, it would then be fully vetted by the other. If it passed this second vetting, it would be sent to the governor, where it was signed into law.

Of course, there was an involved amendment process through the entire life cycle of a bill before it became law. That included consideration of amendments in committee, then again on the floor of the Senate or the House, and ultimately by the governor, who could propose amendments to the bill. It was an involved process that had one single goal: Get it right and avoid the unintended consequences of passing a law that, when implemented, would not meet expectations.

As a committee chairman, I observed this process in detail. It rarely failed to produce good legislation that could stand the test of time. A key element of that was the potential for amendments at almost every stage of the bill’s consideration. Moreover, that process was accompanied by robust — and occasionally emotional — debate, where the purpose and impact of the legislation were fully dissected. Legislators infrequently presented a bill that we did not have a chance to read or have explained through rigorous interrogation by members, both for and against the legislation.

Another key aspect of the legislative process in the General Assembly was adherence to what we called the “single object rule.” That required the bill to be drafted to deal with specific issues. Any effort to amend a bill to include extraneous issues could see the amendment ruled out of order as “not germane” to the object of the underlying legislation. That way, the General Assembly could control the “Christmas tree” effect of hanging unrelated “ornaments” on a bill to satisfy several pork-barrel special interests. For example, you could not use a bill on restoring the Chesapeake Bay to include legislation on abortion or gun regulation.

When it came to budgets, there was also great discipline in the General Assembly. The bedrock was a constitutional requirement of a balanced budget. The General Assembly was prohibited from passing a budget that was not based on real revenue rather than obscene deficit spending ad infinitum.

Finally, every day at high noon, both houses were required to be seated in their respective chambers to consider the day’s bills for the public to see in the full light of day. Without a doubt, the Legislature in Virginia is a paragon of legislative order, often considering more than 2,000 bills in a two-month session. Its federal counterpart could not be more different.

The U.S. Congress is anything but orderly. Legislation frequently bypasses rigorous consideration in committees en route to passage in the bill’s originating chamber. The amendment process is often interrupted or completely blocked by arbitrary rules imposed on the legislation to prohibit changes or even allow enough time to fully debate the proposition. Congressional elites have traditionally controlled that process, preventing junior members from influencing legislation that affects the people who elected them to Congress.

The lack of robust open amendment opportunities and full debate amounts to gross negligence within the congressional legislative process — until this month when one body, the House, adopted reformed rules to embrace both open amendments and full debate. The new House speaker pledged months ago to follow what is called “regular order” in considering bills. Speaker Kevin McCarthy has kept his promise.

Imagine if — added to this — Congress required its members to be in their seats at noon every day for mandatory, detailed debates over bills and their amendments in full transparency?  It’s needed. And to get there, Congress need only look 90 miles south to Richmond, Virginia, and in Jefferson’s rules.

L. Scott Lingamfelter, a retired Army colonel, served in the Virginia General Assembly from 2002 to 2018. He is the author of “Desert Redleg: Artillery Warfare in the First Gulf War” (University Press of Kentucky, 2020) and “Yanks in Blue Berets: American UN Peacekeepers in the Middle East” (UPK, July 4, 2023).