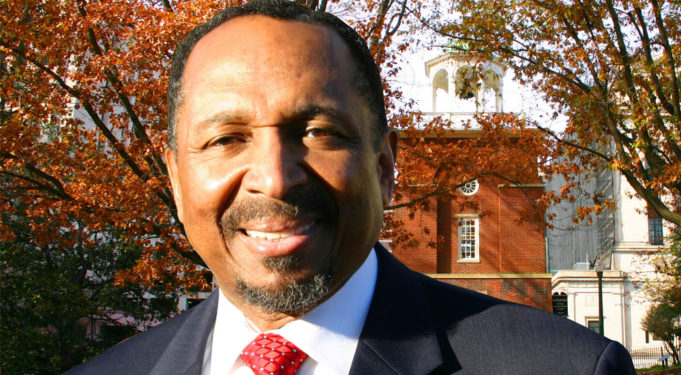 It has been my privilege and honor to run for two offices in Virginia – U.S. Senate in 2012 and Lt. Governor in 2013. I lost the nomination for the Senate to George Allen, but won the nomination for LG. I will always be grateful for these experiences.

When George Allen prevailed for the US Senate nomination, I immediately endorsed him. There was no quid pro quo. I endorsed him because I gave my word to adhere to two principles. First, I would never launch personal attacks against fellow Republicans.

I operate this way because I am committed to treating others the way I want to be treated, even when we’re competing.

The practical political benefit is that when Republicans treat each other with respect and keep disagreements restricted to policy rather than personal attacks, it is easier to unify when the primary is over. That increases the probability of winning in November, which is the prize we should all want. Here in Virginia where the margins for statewide elections are stacked against us, unity is a necessity.

My second rule is that I will not only endorse, but support the Republican nominee. Bryce Reeves needs to do for Jill Vogel what he would have wanted her to do for him if he had won. Corey Stewart needs to do the same for Ed Gillespie. If you supported these candidates, encourage them to do everything in their power to help the ticket win.

On June 13, 2017 Democrats turned out 543,000 voters to our 366,000. That is a difference of nearly 180,000 voters, which shows that Democrats are highly motivated. They hate the President and want to be sure that Virginia opposes him on every policy. He needs our help.

If Virginia Republicans lose the 2017 statewide elections, the media will dub us a blue state and they might be right. We cannot allow that to happen.

In order to win in November, candidates must put aside hurts left over from the primary and ambitions for future races, and focus on one goal – victory in November.

If your candidate lost the primary, remember that when you have a winner, you will want everyone to support your nominee. The Virginia Republican Party only has a future if we unify after primaries have been decided.

We’re going to have to over-perform all over the state if we want to win. We must stand together to achieve this.

This is a crucial election for Virginia just as last year’s was for America. Let us lay aside the divisions within our party – establishment versus conservative versus libertarian. After we win, we can compete as friends over whose policies prevail. What we cannot do is turn the Commonwealth over to Democrats.

God bless you and may He grant us the faith, unity and determination to elect Ed Gillespie as Governor, Jill Vogel as Lt. Governor and John Adams as Attorney General.

If you need me to speak to your group or help in any way, let me know. Now let’s go get our candidates elected.

E.W. Jackson is the founder and current president of S.T.A.N.D. (Staying True To America’s National Destiny).