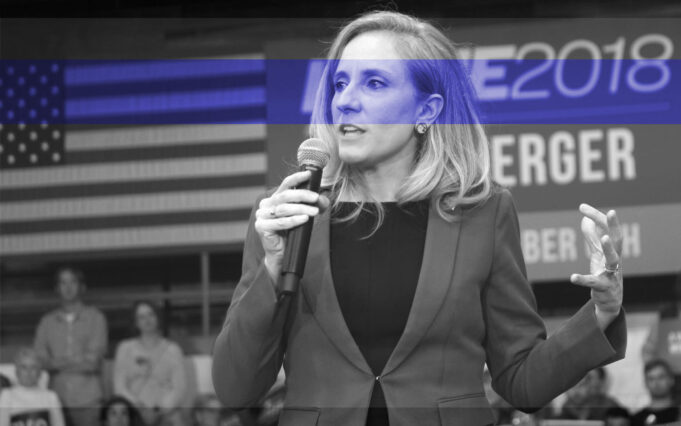 One of the more terrible things about politics is that it can take friendships and mentoring carefully and assiduously maintained over years and break them at a moment — all thanks to a certain line being hypothetically drawn by a bureaucrat some weeks ago.

Personally, the first bit of advice I give to any prospective candidate?  DON’T RUN.

Of course, most political consultants will urge a prospective candidate to jump into the race precisely because win, lose or draw the consultant will always get paid no matter the outcome.  That’s the dirty secret of Republican insider politics, folks — camps are built to keep the machine running and we all pitch in.

Then there’s the next bit of advice:  POLITICS, CAREER, FAMILY.  CHOOSE TWO.

This isn’t to say that every candidate you see has decided to ditch their careers or their families.  Yet as someone who has actively participated in the process as a candidate and elected official, let me assure you that if your time is valuable your career — the things you want to do — will suffer.  Better to be established than not.  More important than this is to know that your spouse is more enthusiastic than you are about running.  Time is a finite resource; politics is not the norm for most.  Public criticism will be nasty, spiteful and direct if one intends to be a leader of any significance.  This is no invitation to romanticism… if you want to get something done, being an elected official is perhaps the worst place to accomplish anything.

Yet there is — or used to be — honor in politics.  Democracies elect the leaders we deserve, and if one looks around and sees a virtuous citizenry then by all means allow your reputation and character to be put up for a public vote.  However, if one sees a vicious and cruel citizenry?  Perhaps that is an invitation for vicious and cruel people to accept the honors (sic) of public office — and do you really want this?

Of course, the flip side is to paraphrase Plato’s Laws: the punishment for good men not involving themselves in the affairs of state is to be ruled by bad men.  Thus strong institutions, strong party leadership, strong conservative media and strong public voices that encourage what is good and true in the world — all of this creates the ecosystem for good men to thrive in public office.

The shortcuts?  Virginia Republicans have committed nearly every error in the book over the last 20 years.  Weak unit committees combined with a non-existent Republican media and the result is that our Burkean “little platoons” are drowned out by the leftist-run institutions such as media, entertainment, academia, education and the bureaucracy.

What will not save the Republic is an inordinate squabbling over which lines are drawn where, as if culture were downstream from politics when the converse is true — politics is downstream from culture — a maxim held by Andrew Breitbart and first articulated Don Eberly — means that the lines are a sideshow.  The Democratic mantra “demographics is destiny” only holds true if black and Hispanic voters stay within the fold, and as the Virginia Republican statewides have demonstrated, that is no longer a given.

To wit, a lot of ink has been spilled over the latest lines drawn by our “special masters” (the court appointed term for our betters) and how this will change the map.

Not much ink has been spilled over one irascible fact — that the final say remains in the hands of a bi-partisan Virginia General Assembly and in the hands of soon-to-be Governor Youngkin who may take a harder line on the governor’s ability to have a final say.

Yet one interesting point is that these new lines are drawn during a Democratic high-water mark, with President Trump in office and the national media hammering away.  With Virginia’s suburban inclinations and the Trump campaign strategically choosing blue collar Ohio and Florida over unreliable “swing states” such as white-collar Virginia and Colorado, Republican fortunes dipped while Democrats arrogated their majorities by imposing a radical form of progressive politics that makes liberals shudder.

Case in point?  Represenative Abigail Spanberger, who famously blasted her own Democratic caucus for focusing on defunding the police and socialism rather than addressing common sense economic issues.

Spanberger at present finds the old Virginia 7th District ripped apart by the new lines, none of whom give her a core of support from which to defend her candidacy.

Solution?  Run in the new Virginia 7th District, which spans from Stafford to Prince William County, is far more suburban in outlook and much more in the land of government contractors who just want the process to work right.

Sounds an awful lot like Spanberger’s kind of people, eh?

This is a drama that is about to be replayed in several US House of Representative seats and more than a few State Senate and House of Delegates districts, where incumbents will have to make some of the more serious decisions of their political careers at tremendous personal expense.

Meanwhile, the culture is firmly in the hands of the political left.  Northern Virginia isn’t precisely becoming less liberal overnight.  While the Biden 2020 high-water mark may not be reality today, it does give Virginia Democrats a sense of the possible as they refocus on candidates and towards constituencies.

Yet in the short run, the Democrats now find themselves in a pinch.

Will they lose seats in 2022?  Potentially as many as three as they struggle against Biden’s approval ratings (which have only now recovered into the low-40s) and a reinvigorated state party apparatus.  Virginia Democrats stand to lose the 2023 mid-term races as well, with new State Senate lines plowing up old loyalties as Governor Youngkin brings his full focus to bear and Republicans increase their margins in the House of Delegates.

Yet the reprieve is temporary unless Youngkin does something far more radical on public education, which remains the core of support against conservative policies and candidates in 134 different localities across Virginia.  That is, until the center of gravity for local government moves away from institutions and towards small businesses and alternatives to the public education hive mind?  Squabbling over partisan lines is a distraction from the far more difficult task of building up cultural institutions independent of government.

While at-risk Democrats may momentarily seethe over artificial lines, those with a longer view understand that the deck is stacked against Republicans so long as the shortcuts to power remain more appealing than building a culture that creates opportunities.

Democrats might be in trouble for the next two years, but Republicans will lose the contest if we continue to focus on the short-term gains of consultants and politicians rather than the truly difficult task of self-rescue.