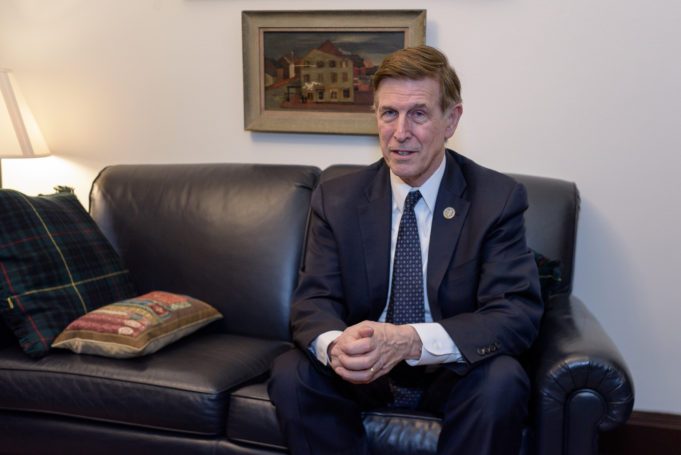 Although both Beyer and Lipsman – as well as independent Teddy Fikre – appeared on stage at a candidate forum held by the Arlington County Civic Federation on September 5th, the candidates have not yet gone head to head in a debate.

“Congressman Beyer, why haven’t you responded to my request for debates?” Lipsman said. “Why are you outside the district skipping the scheduled forums? To the voters of Virginia’s 8th District: I can answer that question — he’s hiding from public scrutiny of his votes to raise costs and taxes. That’s not a sign of a person who is confident in their record. I challenged my opponent to 5 debates back in June and have not heard a peep from him about debates since. That’s why I’m reissuing this 5-debate challenge today. Let’s go on television and articulate our policy views so voters can make an informed decision. Voters deserve to thoroughly vet candidates, so Congressman Beyer needs to say yes or no.”

Lipsman’s team also shared the following to distinguish the quality of the campaign she is running from the lack of effort on the part of Beyer:

“Beyer has appeared at one small virtual forum and one small in-person forum, which are very different from debates. Both events were hosted by civic groups, not media organizations. Karina has attended over 100 community events since she announced her candidacy, including countless farmers markets, civic forums, educational events, and festivals. At only two of them has she ever run into Beyer.”