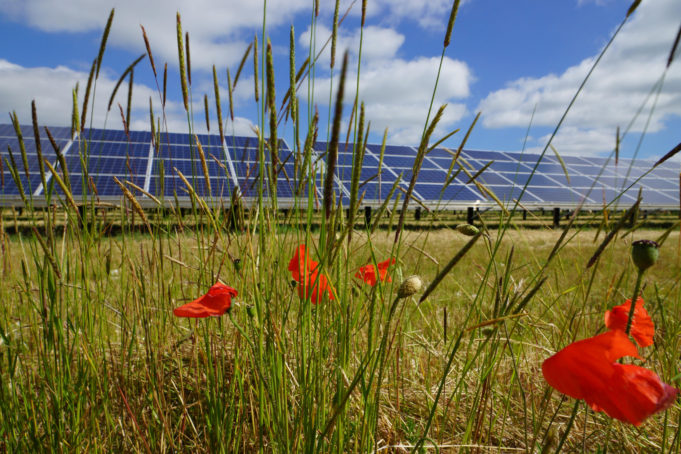 The Charlotte County Board of Supervisors approved a use permit for an 800 megawatt solar facility — the largest in Virginia so far, according to SoVaNow. That moves the Randolph Solar Project close to its sale from developer SolUnesco to Dominion Energy, which needs to reduce carbon emissions after the General Assembly passed the Virginia Clean Economy Act in 2020.

SolUnesco CEO Francis Hodsoll told The Virginia Star that economies of scale are allowing increasingly larger solar projects in Virginia. The 800 megawatt facility will produce the same amount of energy as some natural-gas-powered plants.

“We’ve been developing utility-scale solar projects since the summer of 2015, when we really started. We were one of the first in the state of Virginia, and the projects have just gotten a lot bigger over the last two-three years or so. Back then, you saw projects that were kind of in that 20-to-50 megawatt range,” Hodsoll said.

SolUnesco has done the front-end development on the Randolph Project, which includes 21,071 acres. The eventual project will have 3,050 acres with equipment for a total 4,500 acres within the property fence line, and an additional 6,000 acres where landowners will be paid to preserve timber on the land.

The remaining land is there to provide flexibility on exact location of the equipment. SolUnesco optioned the land from 146 landowners who have agreed to either lease or sell the land if needed by the Randolph Project. There’s also $3 million to be split among landowners whose land doesn’t end up being used and they’ll get their property back.

After Dominion Energy acquires the project, it will handle construction and operation of the site.

Amid Virginia’s solar boom, some have expressed concern about the proliferation of solar sites, arguing that the projects harm the land and remove farmland and forest.

SUVGOP, a group of hard-line Republicans, say that Republicans should repeal the VCEA.

“VCEA’s timeline directives are ruinous in forcing a dramatic switch from natural to alternative energy resources. In Dominion Energy’s recently released plan, they project a requirement to clear cut farm land and forests equal to 490 square miles for large solar farms. This is an area 20 times the size of Manhattan, the equivalent of 237,000 football fields. The impact will be climactic on both soil erosion and wildlife,” their website says.

Hodsoll highlighted the 6,000 acres of timber preserved by the Randolph Project, and noted that farming is already dwindling in Virginia.

“Tens of thousands, maybe more, acres of land have gone from agricultural use to timber. In Virginia over the last 30, 40, 50 years, we have taken the crops out, and planted pine, because farming in Virginia is a very risky business. You can’t make a living unless you’re doing it at scale,” Hodsoll said.

He also addressed erosion concerns, noting that the primary problem is sediment in waterways before sites are stabilized, but that after vegetation grows they haven’t had problems.

“There have been some issues, and I would just say that the industry has learned that we need to do more to ensure that we don’t have sediment running into, you know, the wetland and the creeks and the rivers,” he said.

But Hodsoll emphasized that that doesn’t harm groundwater or wells, and said that even chemicals like weed spray would likely be less than on a normal farm.

He said that solar has been developed for decades. “We’ve been using solar panels since then. They sit on the most prestigious universities and hospitals. You can’t build a house today in California without putting solar panels on. So this technology is really well understood and it is absolutely safe.”